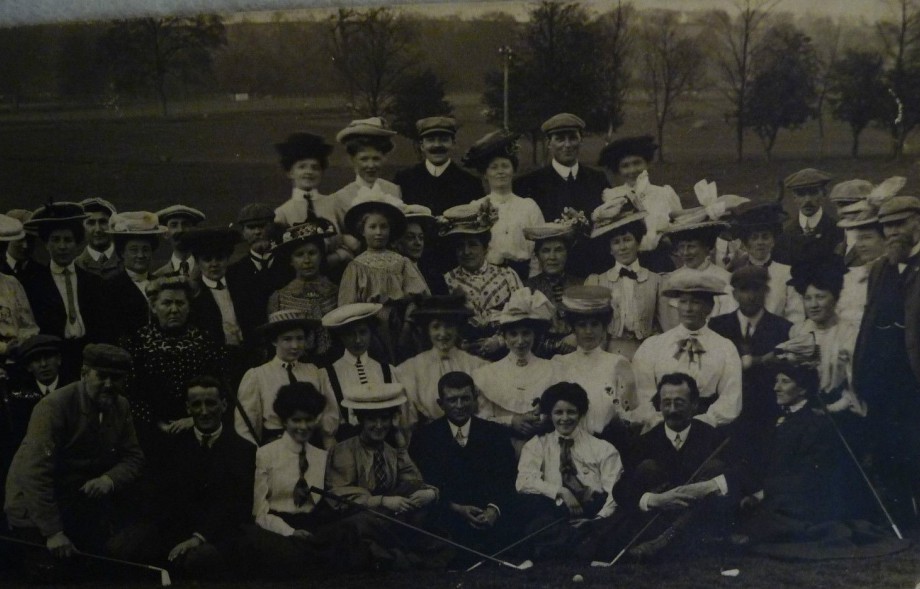 “There is a proposal to form a golf club in Scalloway. A suitable course has been prospected, but as yet nothing definite has been done. A golf course would be most desirable, and no doubt would be largely taken advantage of.”    (ST 2.6.1906)

“A concert in aid of the funds of the proposed golf club was held in the Public Hall on Monday. Mr ~W R Duncan presided, and an appreciative audience turned out. A satisfactory sum was realised.”    (ST 8.6.1906)

“Play for the Brawford Cup takes place of Thursday, and a large entry is anticipated. Several other prizes are offered. There are now nearly sixty members of the Club, and the course is exceedingly well patronised every evening.”    (ST 22.7.1907)

“At a meeting of the Golf Club on Monday evening, the prizes won in the recent competition for the Garriock Cup were presented to the successful winners. The cup was given to the club by Mr and Mrs L J Garriock. Play had been by strokes on three different dates on the Berry course.”    (ST 5.10.1907)

“Thursday was a terrible day on the golf course at Berry, Scalloway. The members of the local golf club set out in the early afternoon to decide handicaps over the course. When our informant left the village the members were still “going at it,” and judging from the discussions taking place, he was not sure whether they were “talking golf”, or were qualifying for the position of “senior wrangler” at a university – so terribly minute were the calculations. We shall probably hear more of this later.”    (ST 2.3.1907) 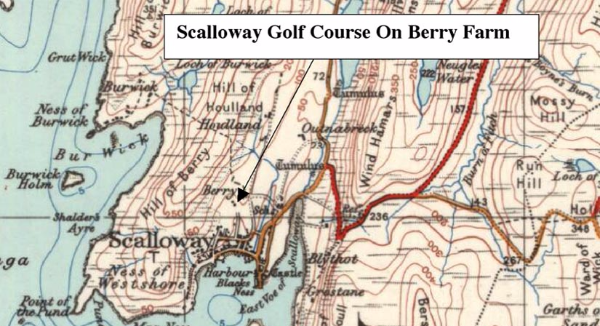 It is likely that the club went into abeyance during WW2