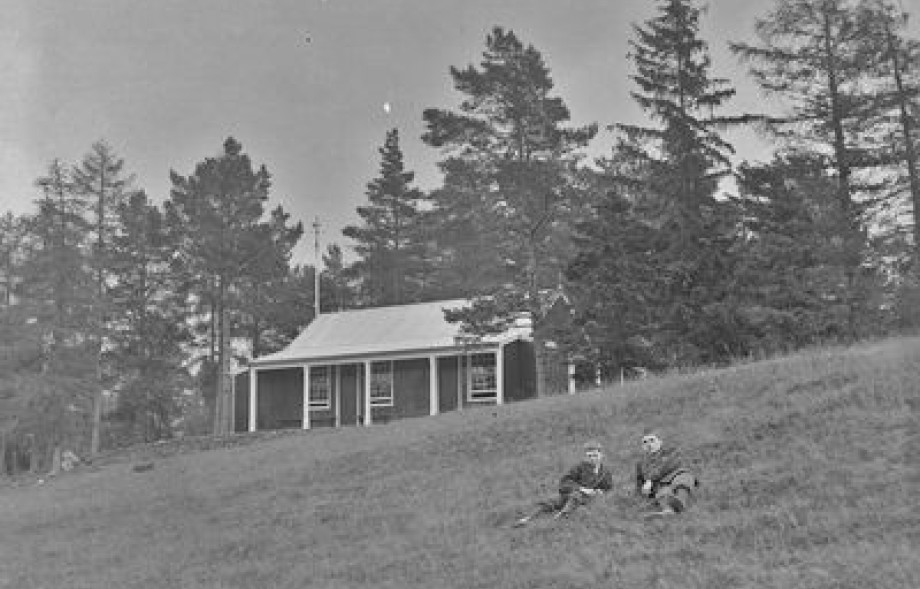 This pavilion is now occupied by Bothy Bikes 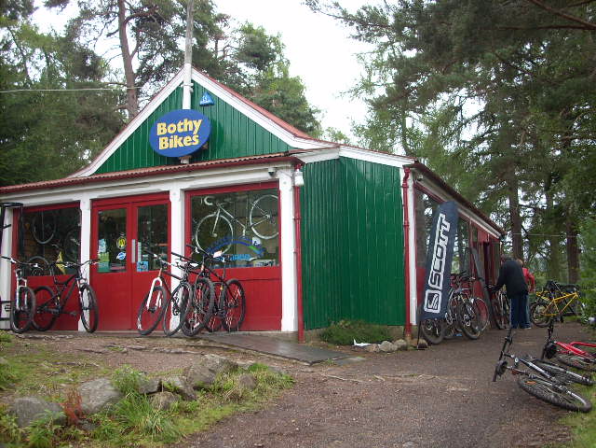 Rothiemurchus Golf Club.  Founded 1906.  A 9 hole course, one mile from Aviemore station.  The club was founded by Walter Dempster, the local school Headmastermaster on land leased from Rothiemurchus Estate, and the course laid out with the help of railwaymen from Aviemore.

The land was taken over for agricultural purposes, mainly growing potatoes, early in WW2.

The clubhouse is still on its original site and, after several different owners, is now a shop hiring and repairing mountain bikes, ‘’Bothy Bikes’

"On Saturday a golf course of nine holes was opened on the Rothiemurchus estate, in convenient proximity to Aviemore, for the use, principally, of the visitors, who are annually increasing in numbers in the district. The Laird of that ilk generously conceded the necessary ground, and his son, Ian, is Captain of the club.The opening ceremony was performed on Saturday by Lady Mary Grant, in presence of a large gathering of visitors and others. Her Ladyship was presented with a silver mounted cleek as a momento of the event. Unfortunately the weather was unpropitious, but a number of those present afterwards tested the merits of the course in a friendly game."

"The village communities of Strathspey are fortunate in the possession of ideally situated golf courses, which have become such popular adjuncts of holiday resorts. The Rothiemurchus course, formed four years ago, has proved a source of attraction to visitors, and also to not a few of the residents, who do not yield to the strangers in their enthusiasm for the game. The course is well worth the money spent annually on its upkeep and on the improvements which the club have recently carried out. The scenic view obtained from any point could hardly be surpassed.

So near are the mountain ranges that the course may said to lie at the very base of the majestic cairngorms, and bounded on two sides by the forrest of Rothiemurchus. Truly a romantically beautiful situation. The club are very proud of the course, and they have not stinted their means in its development. At the end of last season a horse mower was kept regularly at work, and new bunkers and hazards having been made, enhancing its “ sporting” features. The erection of a fully equppied house for lady and gentlemen players involved the management in a heavy outlay, and there is still a substantial debt to be liquidated. To realise this end a bazaar will be held in August.

In this function Mr J.P. Grant of Rothiemurchus and Lady Mary Grant, both good friends of the club, are manifesting warm interest, and the Doune gardens will be the venue of the bazaar.

The formal opening of the course took place on Thursday Owing to the unsuitability of the hour – 1pm. – and the unfavourable state of the weather, there was a meagre attendance of the public. Those present included :- Rev. A.M. McLeod, Dr Chrichton Millar, Mr Lawrence, and Mr J. Davidson. Dr Millar called upon Lady Mary to open the seasons play at Rothiemurchus with the first shot.

She had been good enough to do so on previous occasions since the course was opened, and they thanked her for having attended on that very unpleasant day to do it again. Lady Mary said she was glad once more to perform the opening ceremony. She took that opportunity of congratulating the club on the marked improvements of the greens. The bunkers had been made less formidable, which would be a great encouragement to many people.

Mr Grant was sorry that he was not able to attend. This year also he was to present a golf brooch for the ladies competition, and she (the speaker) would again offer a medal for the gentlemen’s competition. Lady Mary then drove the ball from the first tee. Mr Lawrence proposed a vote of thanks to her ladyship, and referred to her efforts on behalf of the club. Mr Davidson endorsed the remarks of Mr Lawrence, and the ceremony was concluded." (SH 1.7.1909)

“A gently undulating course with a very soft surface owing to a prevalence of moss.  Length 2,456 yards, Par 36.

.  The course is chiefly for visitors during the summer months.  Membership 68 (C). 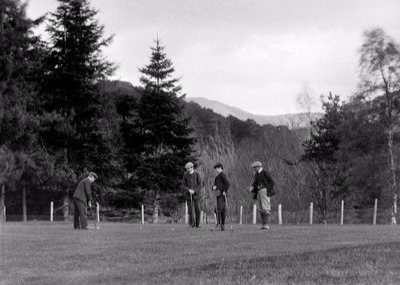 This looks like its at the far end of the course 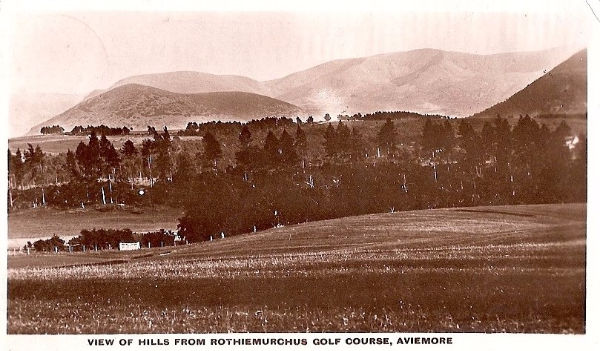 This ground is still intact today 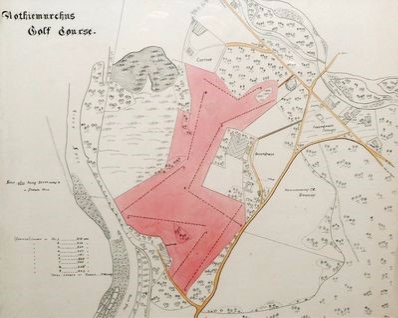 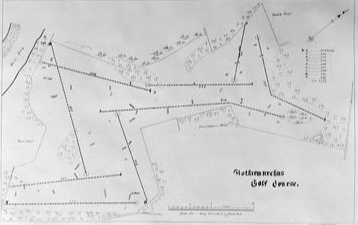