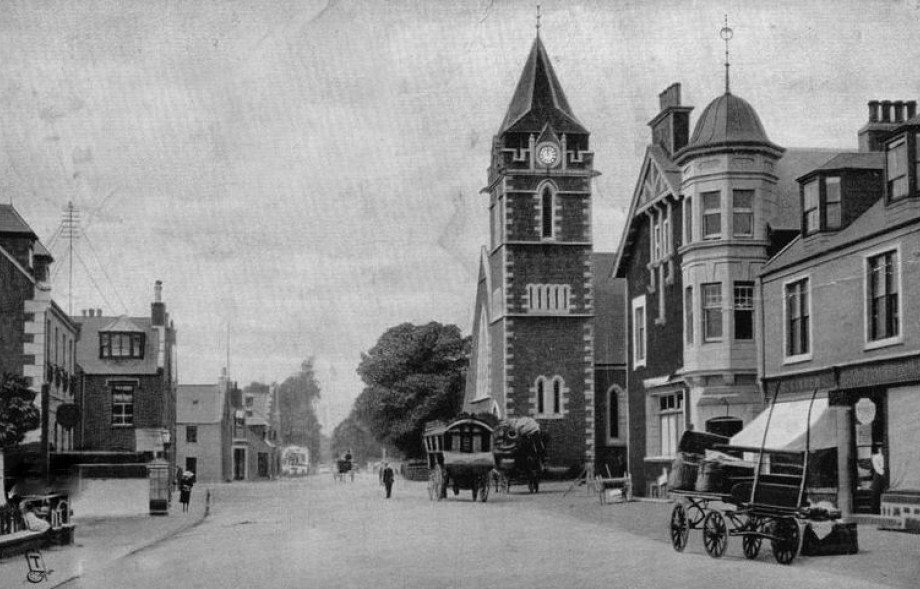 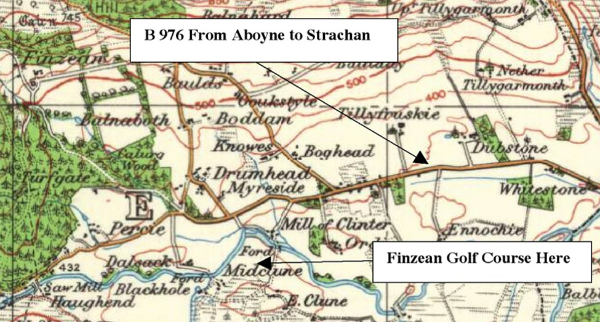 Finzean Golf Club.  Instituted 1897.  A 9-hole course on the south side of the river Feuch, opposite the farm of Ennochie, and lying between the Rivers Feuch and Aren, about 6 miles from Banchory.  The ground is mostly moorland, dry and springy and considerably undulating.  Laid out by Andrew Annand, Aberdeen, the course is owned by Dr Farquharson (GM April 1897).

"This club is practically defunct although there are hopes of reviving it at a later date"(WWG).

The newly formed golf course at Finzean was opened on Thursday afternoon by Dr Farquharson, M.P. Finzean.  An “ at home” was held in the afternoon which was largely attended by the neighbouring gentry, and a company from Banchory. Fine weather prevailed and the proceedings passed off successfully.

On Saturday the members of the Finzean golf club had a match over the course opened at Little Ennochy in September last year. Monthly matches have been held during the season, and the winner of the medal offered by Mr Blacklaw’s, Banchory, was declared to be Mr James Taylor, a brother of the well-known Newburgh golfer. For the prizes offered on Saturday Mr Taylor and Mr A. Robertson, Percie, tied for first and second places. The playing off of the tie proved the most interesting part of the day’s proceedings. The result was as follows :- 1, A. Robertson ( Handicap 9 ), 2, James Taylor ( Scratch ), Rev. C. Dunn ( Scratch ), 4, D. Smith ( Handicap 12 ), 5 J.J. Mackenzie ( Scratch ), and 6 Rev. D. Stewart ( Handicap 18 ).

A prize offered by Mr J.J. Mackenzie, Captain of the club, was also declared a tie between Mr A. Robertson and Mr James Taylor, and was won by Mr A. Robertson.

The prize-list was contributed to by Dr Farquharson, M.P., President of the club ; Mr J. Farquharson, Dr Mitchell, and Mr D. Smith.

In connection with the Finzean golf club, an enjoyable entertainment was given the other evening at Finzean by a number of local ladies and gentlemen – Mrs L. McKenzie and C. Craigen, and Messrs Alexander Ross, W.R. Ewun, T. Davidson Jnr, and W. Johnston, who were all well received. (Aberdeen Peoples Journal, 21.12.1898)

The annual general meeting of the Finzean golf club was held at Whitestone on Friday last. The club is in a good position financially, and with so influential gentlemen as office bearers, the membership should be on the increase.