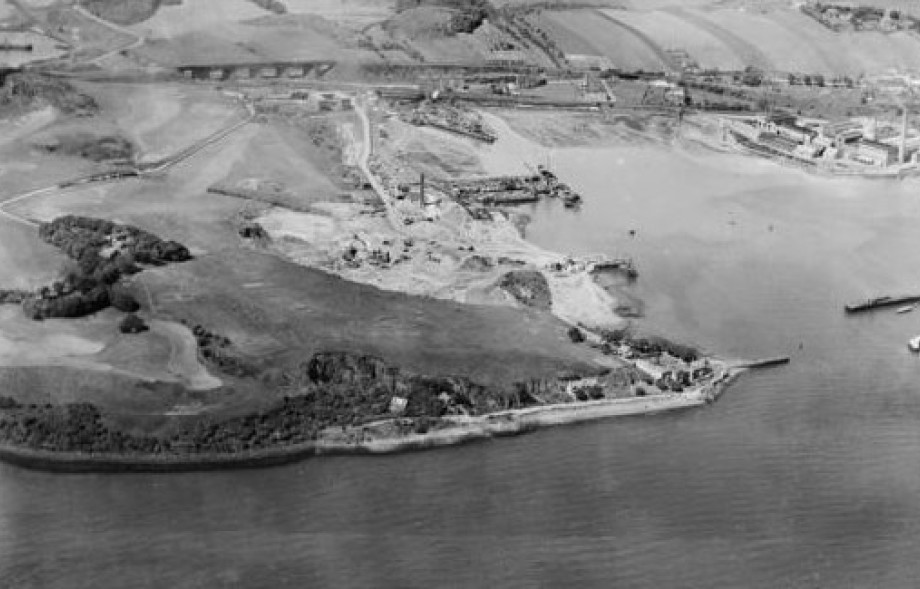 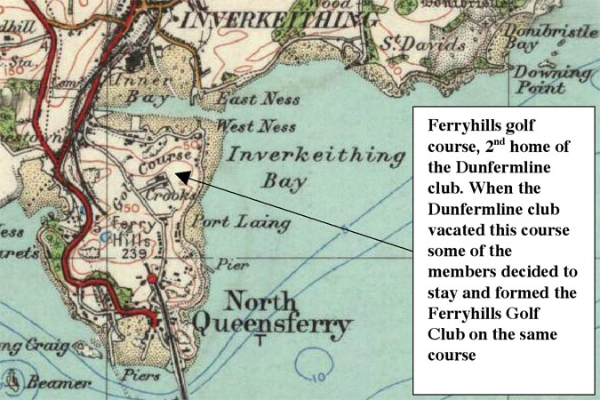 By 1940 so much of the ground was taken over for fortifications that golf ceased.  The course never reopened and much of it is now housing.   Membership 350.

A provisional committee representing those who are endeavouring to retain the present golf course at Ferryhills, held a public meeting in the Masonic Hall, Inverkeithing, on Monday night. In the unavoidable absence of Provost Duff, Dr Brock, Garth Hill, occupied the chair. He explained the purpose of the meeting and referred to the desirability of retaining the Ferryhills course for the advantage of golfers in Inverkeithing, North Queensferry, and district. Mr Crookes, the honorary secretary, explained the steps already taken by the Provisional Committee and the progress that had been made, and outlined the programme they had laid down regarding the consolidation of the new club and the acquisition of the golf course as from the forthcoming Whitsunday next. The secretary assured those present that the new club is actually in existence and any intending members need have no hesitation in enrolling. A considerable number of application forms were called for, and the meeting, which was one of an enthusiastic nature, closed with a vote of thanks to the chairman and honorary secretary, proposed by councillor Miles. A similar meeting was held at North Queensferry.

Course To Be Opened On Sundays

The first general meeting of members of the newly formed Ferryhills Golf Club, which is to succeed the Dunfermline Golf Club in occupancy of the course at North Queensferry after May next, was held in Masonic Hall, Inverkeithing, last week, when about seventy members attended. Dr Brock, Garthill, occupied the chair, and in his opening remarks referred to the success which had already attended the new venture. He made special mention of the valuable spade-work which the members of the provisional committee had done, and thanked all those who had so enthusiastically supported the club in it’s initial stages.

The various proposals of the provisional committee were submitted to the meeting and approved of, as follows :- It was decided that the designation of the club should be “ The Ferryhills Golf Club.” All those who had been acting on the provisional committee were elected to sit on the council, with the addition of Mr John Miller. Dr Brock was appointed chairman of the council for the ensuing year. Mr T.B. Crookes, Oakfield, North Queensferry, was elected to the joint office of Honorary Treasurer and Secretary. Messrs McLean and Logan of Edinburgh, were asked to act as auditors. Authority was given to the council to elect such committee’s as may be necessary, and to co-opt on each committee not more than two members of the club who might be useful in a particular sphere. It was decided to ask Lady Elgin and Capt. A.M. Hughes to honour the club by accepting honorary membership.

A vote was taken on the question of allowing Sunday golf. And it was unanimously decided to open the course for play on Sundays. The Hon. Secretary reported that four-fifths of the loan fund had already been subscribed, and that the membership was exceedingly promising. 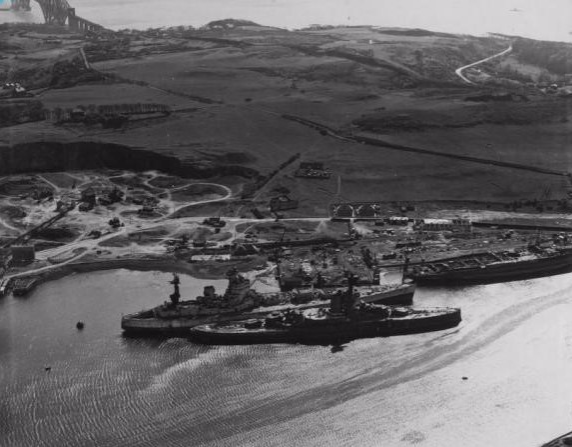 War time incursion into the course

The Ferryhills club ladies ection L.G.U. Competition for April resulted in a draw between Mrs Poustie and Mrs Mathewson, with a net score of 71.

Mrs Poustie, Craighill, North Queensferry, was second in the bronze division at the Fife County Ladies Golfing Association spring meeting, held at Elie on Tueday, with a net score of 93 ( 19 ) – 74. 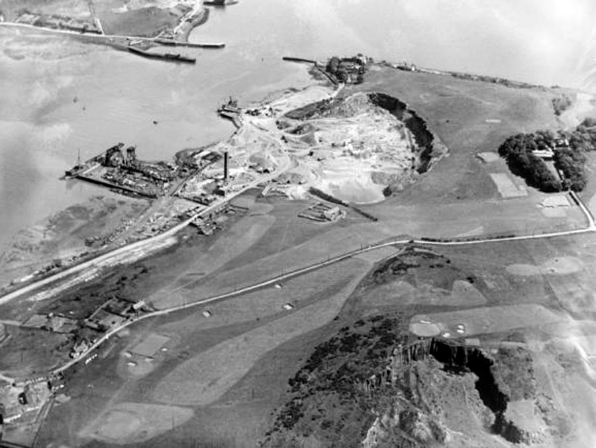