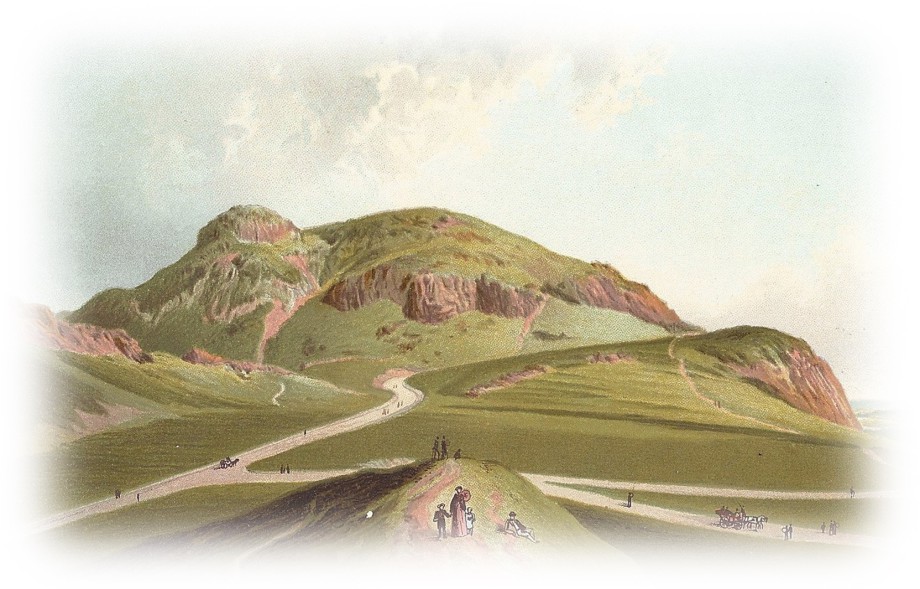 Queen’s Park Golf Course. A review of the book “Reminiscences of the old Bruntsfield Links Golf Club, 1866-1874,”produced by Thomas H Aitchison and George Lorimer for private circulation, in the Scotsman on 15 April 1902 contains the following passage:

“There is much (in the book) of historic value, and much bearing on the golf of olden times which will make the book one to be prized by collectors. One curious fact noted is that when golf on Bruntsfield Links began to be objected to as dangerous to the lieges, a suggestion was made that the members should have a new course laid out in the Queen’s Park, and a committee was appointed to have the ground tested and to report These gentlemen - Messrs W Lee, John Cunningham, and two others – obtained the necessary permission from Mr Mathieson, of H M Board of Works, and got Peter McEwan to lay out holes at the head of the valley, not far from “Samsons Ribs”, and proceeded to play over the course. Their right to play was challenged, and despite the fact that they had Mr Mathieson’s authority they all got a summons to appear before the Sheriff, who only let them off because they had such permission, but warned them not to do it again. In ‘sour grapes’ style the committee reported that the ground was not suitable for the purpose, but at the present time, when Blackford  Hill is being commandeered owing to the congestion on the Braids, perhaps the Queen’s Park might be found useful.”

Perhaps unsurprisingly, no other reference to this course has been found, and it could well be that it was one of the shortest-lived courses in Scottish golfing history. 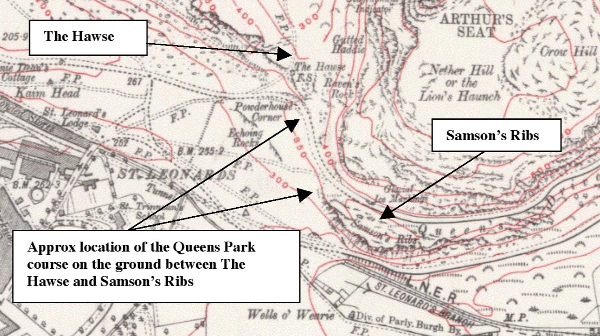