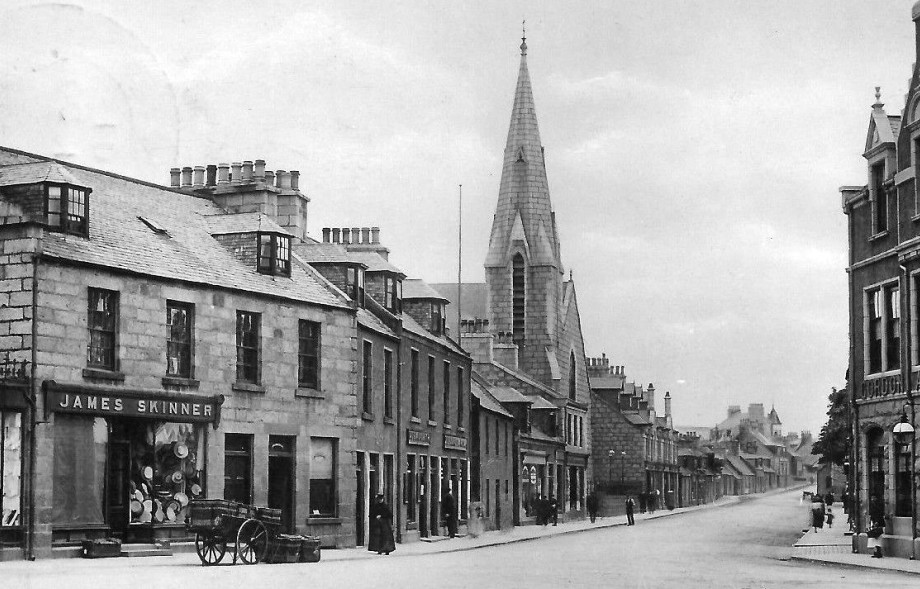 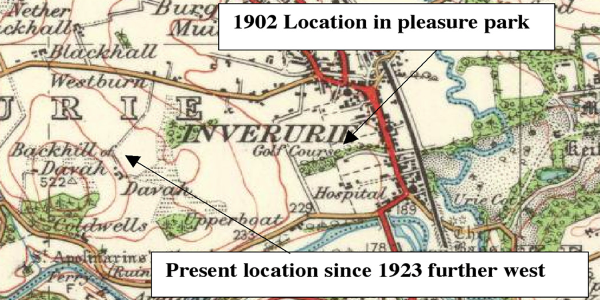 Inverurie Town Council has received a letter from Mr James S. Morrison, stating that a golf club had been formed in Inverurie, and asking permission to make a few golf holes in the public recreation park. The lands committee recommended that permission should be granted to put the holes in the park, and that golf should be played there.

Another letter was read from Mr Wm.Ord, who holds the grazing of the park, stating that if the council allowed golf to be played there he would only give £8 instead of £9.10s, as the annual rent for the grazing, on account of the risk to sheep or cattle from the playing of golf. The Provost said golf was a popular recreation, and he did not see that they should refuse to encourage it.

Councillor Skinner said that as the holes had been arranged at the sides of the field, there would be no inconvenience to other games. The only thing the council would have to make clear was that there should be no danger, and no responsibility resting on the council.

It was pointed out that only four of the nine holes were in the park, the others being in the adjoining field tenanted by Mr Wood and in the field beyond the gashouse road. On the motion of the Provost, seconded by Bailie Lauder, it was unanimously agreed to allow the four golf holes to be laid in the park, and to accept the reduced rent from the grazier.

Inverurie and a golf course

Sir, - Can any of my fellow townsmen inform me how it is that Inverurie is without a golf course ?, Almost every small town and burgh in the shire has one, and it is surely time that our council had taken up the matter seriously.

A very suitable site, would, in my opinion, be the Dava Hill, which forms part of the Kintore estates, and which will be sold within the next few weeks. I am led to understand that this place could be purchased for about £800, which sum, borrowed at 4 per cent, would mean annual rent of £32 – surely a possible achievement even for Inverurie.

So far as I can calculate, a membership of 100 would be ample to clear all ordinary expense and leave a little over. What say our “ Fathers” ? – I am, etc.