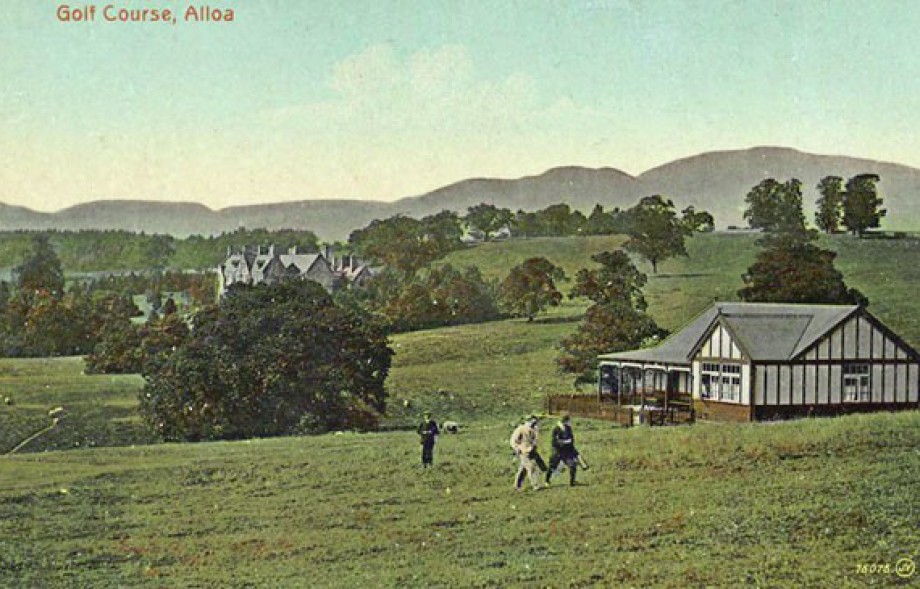 ( Formerly, Alloa, ) Played their early golf at Arnsbrae from 1891.

Re-located to their present site in 1926

Formation Of A Golf Club

Yesterday, an adjourned meeting of those favourable to the formation of a golf club for the district was held in the Museum Hall for the purpose of hearing a report by Mr Robert Tait, Professional golfer, Musselburgh, and formerly of Epping Forrest, as to a golf course for the town. There was representative attendance of gentlemen. On the proposal of Mr James Cuthbert, Solicitor, Mr David Thomson, Manufacturer, was called to the chair. The interim secretary, Mr A. Norval, having read the minutes of the previous meeting, which were afterwards adopted, the chairman submitted Mr Tait’s report, which was as follows :-

On Tuesday 19th May last I visited Alloa, and along with a few members of committee I inspected the two suggested golf courses and have to report as follows :-

Arnsbrae. – The turf here is very suitable for golf, being old and very close, and having a sandy bottom. Playing could be had all the year round. A beautiful nine holes course could be made, and I have already pointed out to the committee where the holes should be situated. The course could be made at very little expense, and all that is necessary meantime is to roll and cut the putting greens. Re-laying of the turf on the greens could be accomplished at the end of the year. When the course is completed it will be a splendid nine holes inland green.

Gartmora Moor. – This would make an excellent course, but it would require several hundred pounds expenditure to put it into playing order. The grass is rank and long, and some parts of the moor are covered in whins. Any number of holes could be had, and if once properly laid out would be one of the finest inland greens in Scotland.

The report having been favourably commented upon, it was unanimously resolved to form a club to be called the Clackmannan County Golf Club, and it was also agreed that the ground at Arnsbrae be leased from the present tenant ( Mr Alex. Gall ) on the understanding that the renatl does not exceed £20 per annum. On the suggestion of Chief Magistrate Younger, it was remitted to the committee previously appointed to frame a set of rules to be submitted to an early meeting for approval. The election of office bearers was also deferred. 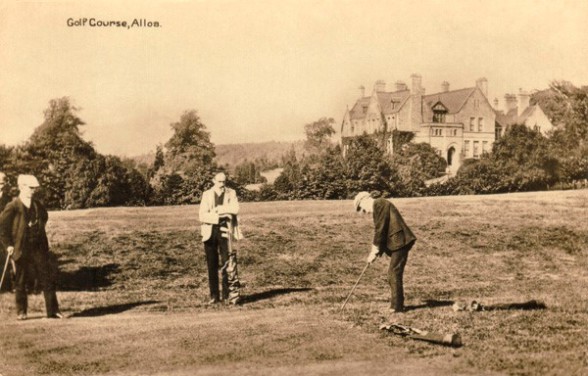 At a meeting of golfers held in the Museum Hall on Thursday – Rev. Alex. Bryson in the chair – the formation of a club, to be called the Alloa Golf Club, was formally resolved upon, and the following office bearers and committee appointed :- Captain, Geo. Younger ; Secretary, Alex Norval, Solicitor, Alloa ; Treasurer, J.M. Dunlop, Bank Accountant ; Committee of Management, Messrs D. Thomson, R. Strang, A.P.Moi., C. Hendry, Jas. Younger, and C.D. MacWatt. A draft set of rules and bye-laws was drawn up, but their adoption was left over for a future meeting.

A sweepstake handicap ( for 12 golf balls ) was concluded on Saturday, when it was found that Mr J.W. Moir and Mr R.G. Abercrombie had put in the lowest score, 50, and the prize was accordingly divided.