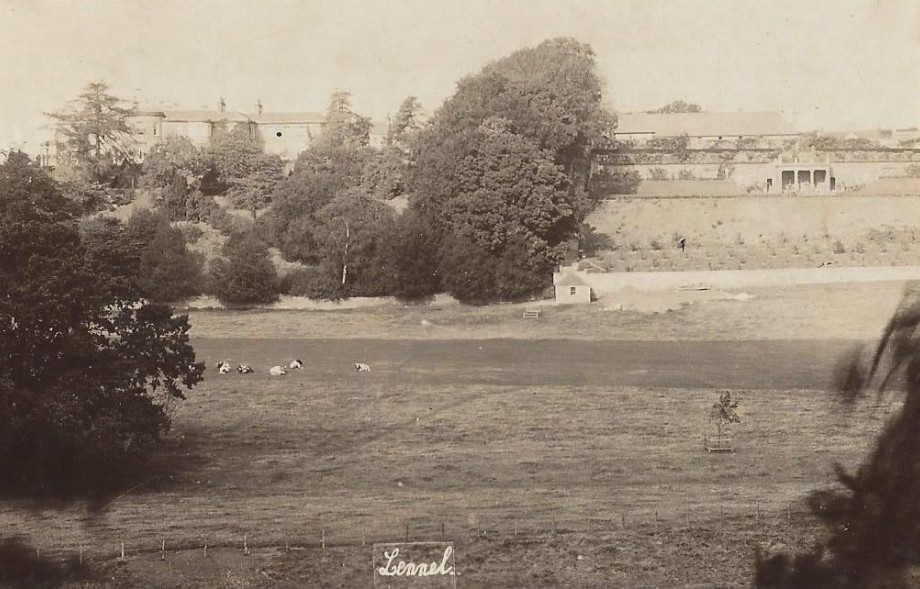 This view is from the English side of the Tweed looking over to the course and Lennel House in the background. 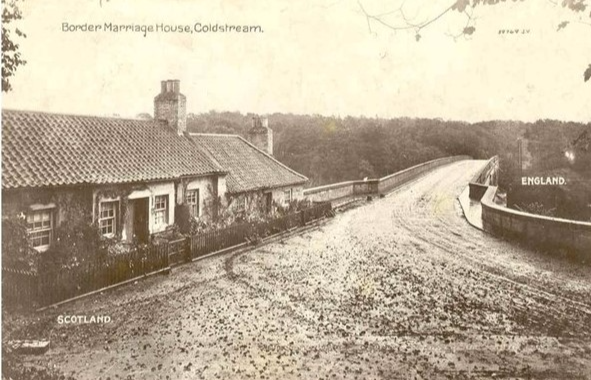 Play has commenced on Lennel course although it is not yet quite completed; and the game has every appearance of becoming popular in the district.  Office-bearers of the new Club are as follows :-   President, Capt. Waring,M.P.; captain, Lady Clementine Waring ; committee – Mr J. Black, Dr Wallace, the Rev. A.I. Pirie, Messrs. Alex. Welsh, and A.D. Macdonald; Hon. Treasurer, Mr D.C. Hardie; and Hon. Secretary, Mr D. L. Elder. 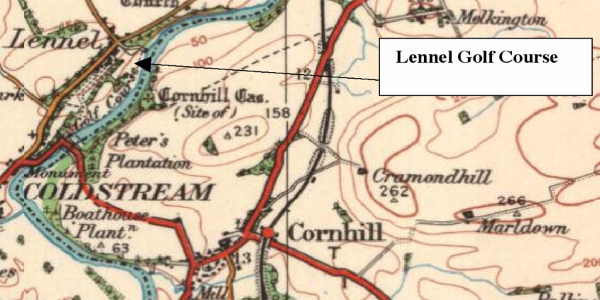 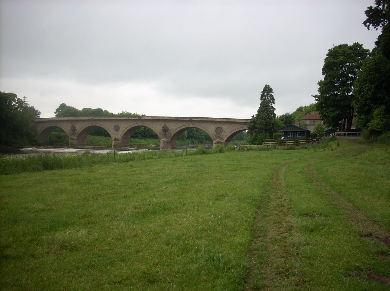 Looking back along the 1st fairway and the Coldstream Bridge.

Lennel golf course appears to be well patronised, as during the last month quite a number of ladies and gentlemen could be seen almost daily wending their way to the Craw Green, armed with their golf clubs. 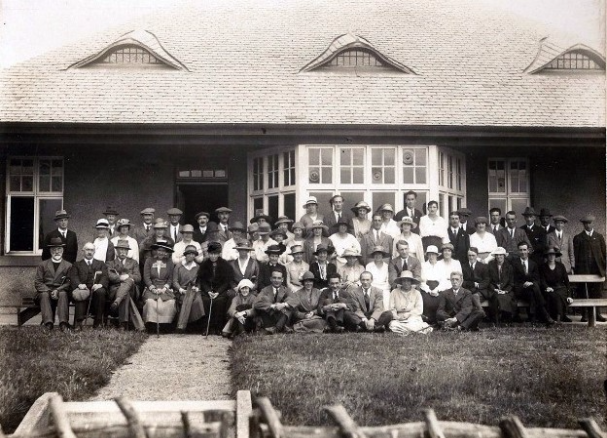 Played at Berwick on Thursday, the homeside winning by 7 ½ matches to 4 ½ . Details :- 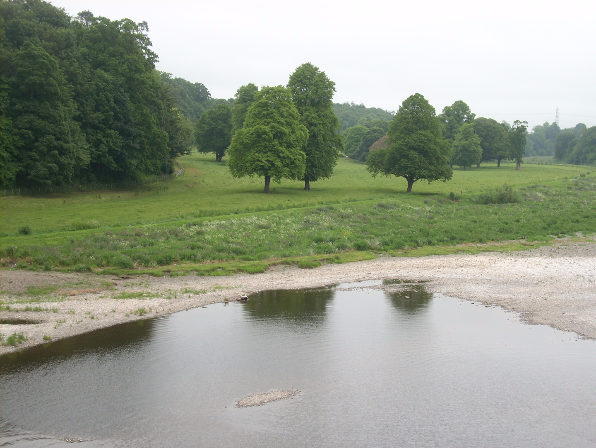 A view of the course from the Coldstream Bridge 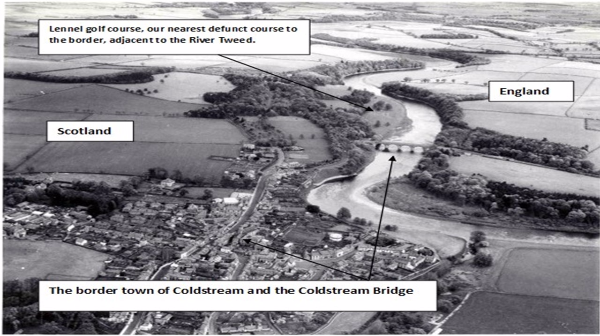 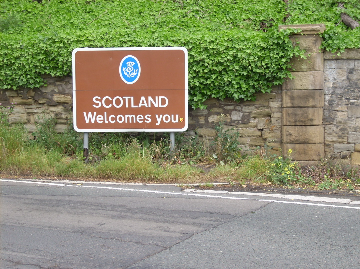 How far can you hit a gutta percha, Answer, all the way from Scotland to England.

The entrance to the course is just to the right of this sign. The Lennel course represents our nearest defunct golf course to the English Border, being immediately on the Scottish side of the River Tweed. Phew !!, just made it !, Scots Wha Hae Wae Wallace Bled !. 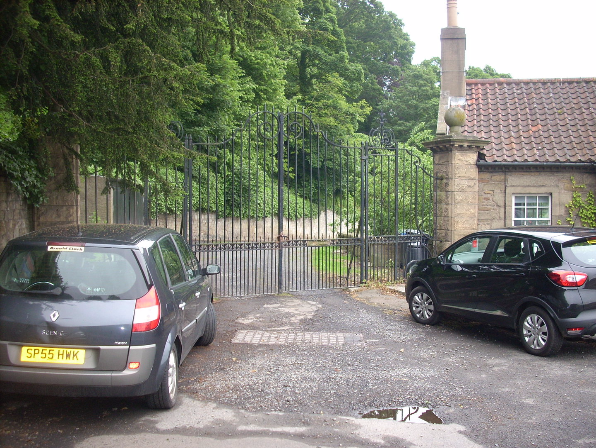 The access gates and the old marriage house and my wee black car.