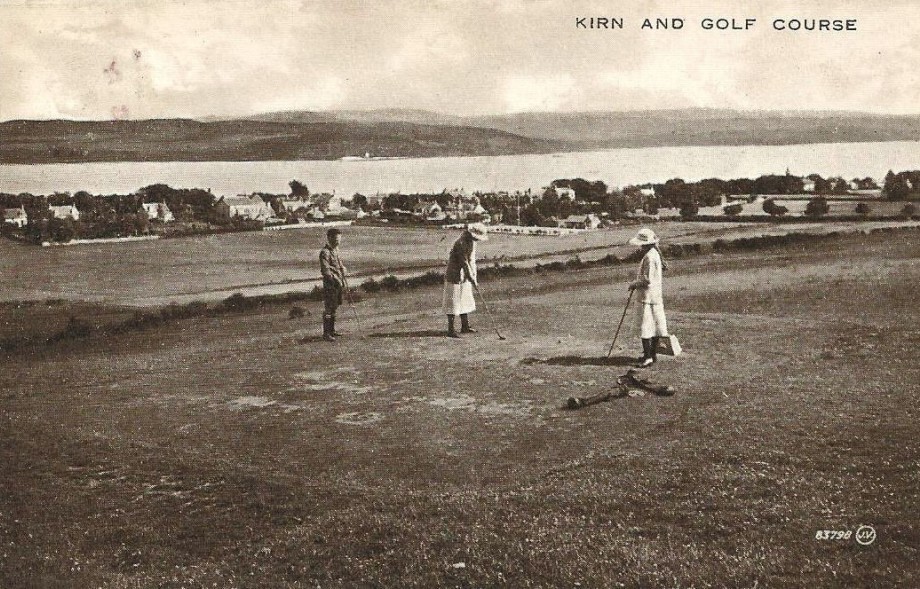 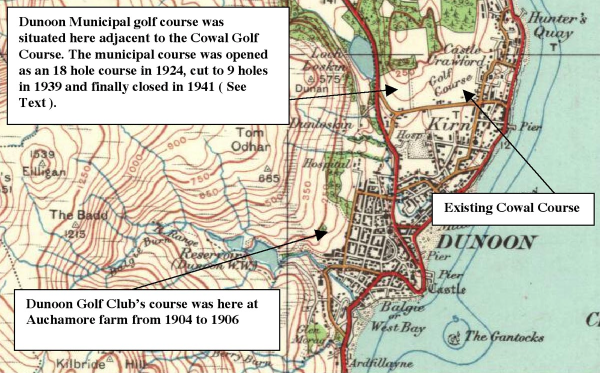 Dunoon Municipal Golf Club.  Opened 1924.  An 18-hole course, at Ardenslate.  “The formal opening of the newly formed nine-hole golf course took place on Saturday last at Ardenslate Farm. The farm, which is situated at the Cowal Golf Course, was purchased ten years ago for the purpose of forming a municipal golf course, and this course has been formed apart from the other which is meantime left undisturbed in the hands of the Cowal Golf Club. Weather conditions were fortunately favourable and there was a good representation of players from different local clubs and of the public at the pavilion now erected on the ground. Provost Ferguson, in calling upon councillor Dunbar to declare the course open, remarked that the municipal bowling green had affected the local green very little, as advantage of it had been taken principally by absolutely new players and visitors who would very unlikely have attended at other greens, and he believed that this course would affect but little the neighbouring course so far as their regular players were concerned. 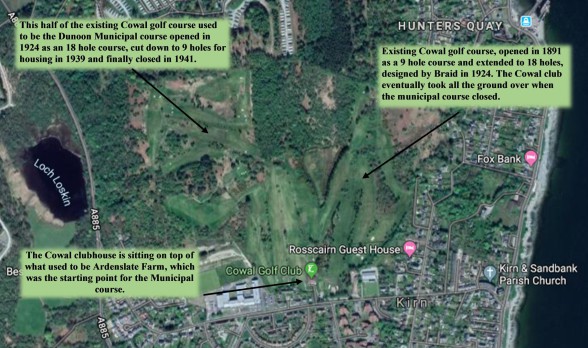 “To meet the demand for ground for building purposes, Dunoon town Council have agreed to cut down the municipal golf course from an 18-hole one to nine holes, and feu out the surplus ground.” 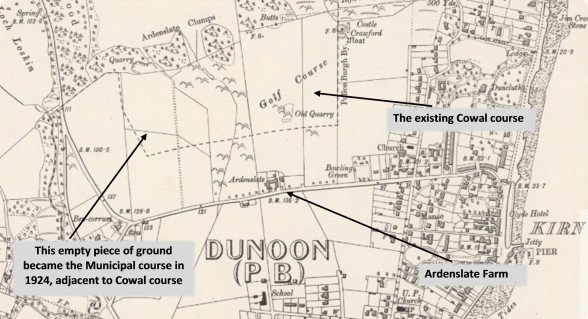 In 1941 the Ministry of Agriculture requested 20 acres from the Municipal GC and Cowal GC for ploughing up for the "War Effort".  Dunoon Town Council intervened and it was agreed that all 20 acres would be taken from the Municipal course, thus closing it down, provided that all Municipal members be accommodated into Cowal as full members with no membership fee and at no additional cost.  In the event, the ploughing never took place.