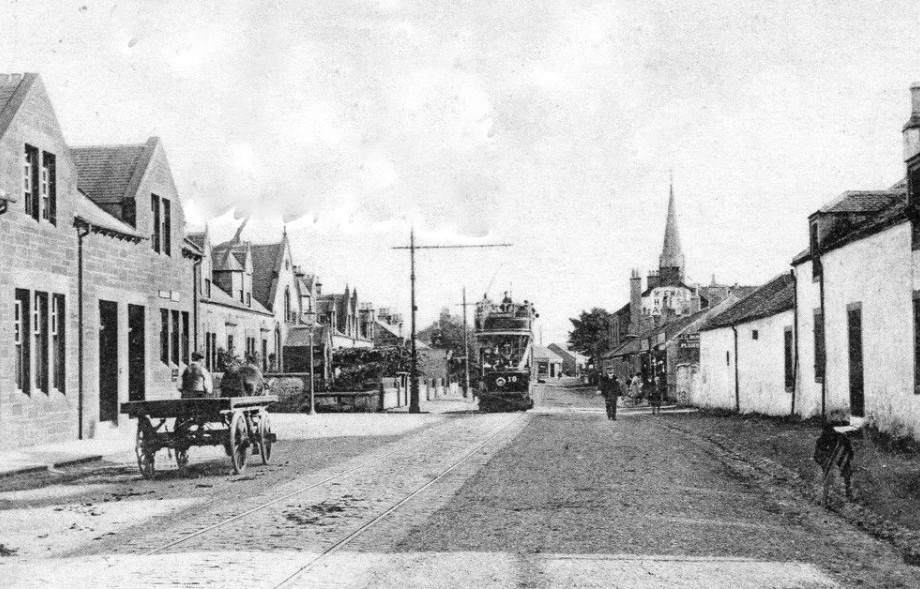 The Prestwick St Nicholas gents club was formed in 1851 and played alongside the Prestwick  Club at Prestwick Links. They moved out from the Prestwick course in 1877 to a new location across the road.

The summer meeting of this club was held in the club-house, Prestwick, on Saturday.There was a large attendance of members. Baillie William Wilson, Glasgow, captain of the club, presided, and congratulated the members on the fact that they had now been successful in obtaining on lease, at a moderate rent, land for separate links for the use of the club. The new links, he had no doubt, would soon be found to be very suitable, and by the play during the season would be very much improved. The Baillie concluded by nominating as his successor in the captaincy of the club, Mr James Armour, Kilmarnock, which was unanimously agreed to. Mr W. Beaton was re-elected as secretary and treasurer. The thanks of the club were awarded to Ballie Wilson for his great services to the club. The members then proceeded to the new links to compete for the Eglinton Medal and club prizes, and also for various money prizes presented by Baillie Wilson. The links are situated at the South-East end of the village, and extend to about 30 acres. They have been laid off by Mr E. Hunter, keeper of the Prestwick club links. Fourteen couples started off in the competition. The game consisted of two rounds of 24 holes. In consequence of the recent heavy rains and other disadvantages attendant on new links, the play was not very good. On summing up the Cards at the close, it was found that Mr Thomas Manson, Prestwick, had gained the medal for the present year, he having holed the two rounds in 111 strokes. The following were the next best scores :- Mr William Hunter ( 2 ) Prestwick, 119 ; Mr Gordon Smith, Glasgow, and Mr Percy Wilson, 120 each ; Mr Alex Morris, Prestwick, 121 ; and Mr Dundas, Glasgow 123. 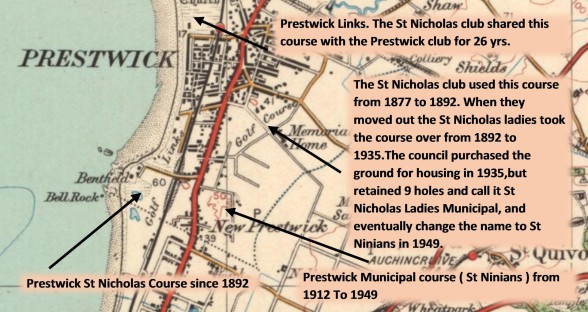