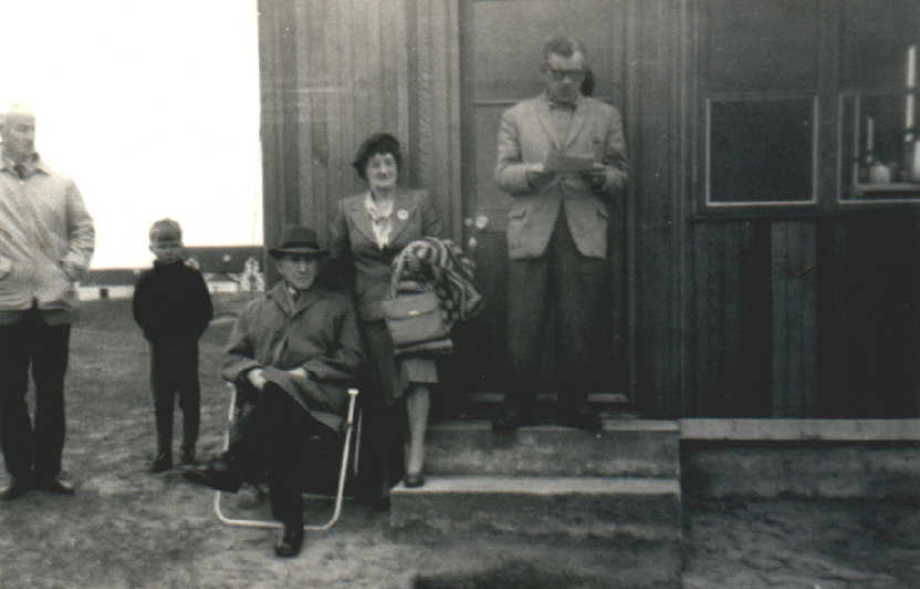 A golf course existed in Vaul as long ago as the 1890s. In 1911 an eighteen-hole course, 6,306 yards long, was laid out with the help of a professional golfer, James Hobbins, who married a Tiree woman. In September a club house was gifted by Mr Charles MacNeil of the Colonial Iron Works in Govan.

Before World War II, Tiree was a very popular golfing resort. There were eighteen-hole courses at Vaul, Scarinish and Heanish and a nine-hole course at Cornaig. All were closed during the war and only the Vaul course was brought back into use in 1962 with nine holes. 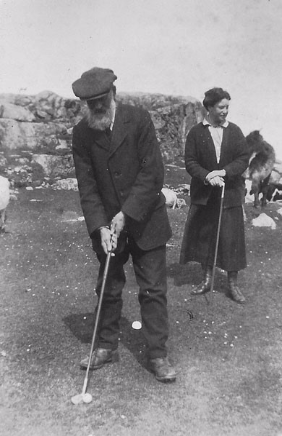 Photograph of unknown couple playing golf at Vaul in the 1920s or early 1930s.

This photograph of an unknown couple playing golf was found in a small hand-made album titled 'Idle Days' from Silversands in Vaul. It probably dates from the 1920s or early 1930s. 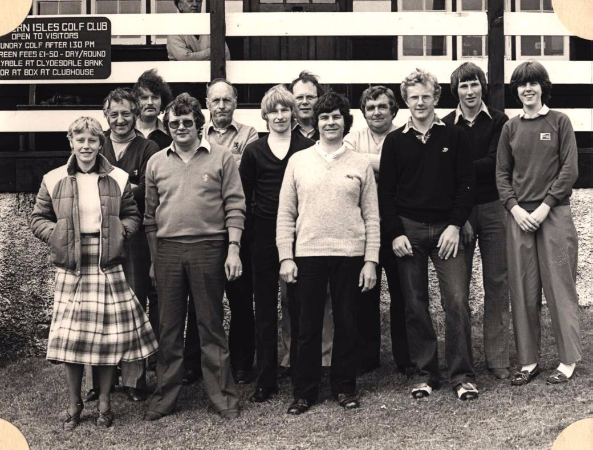 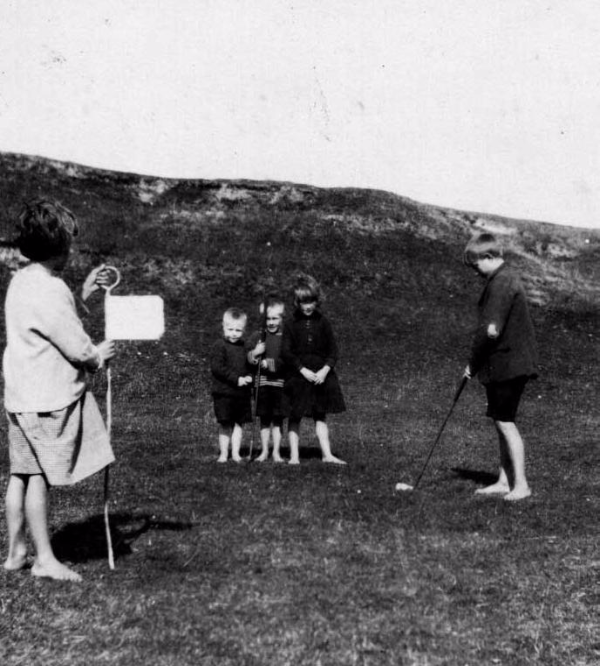 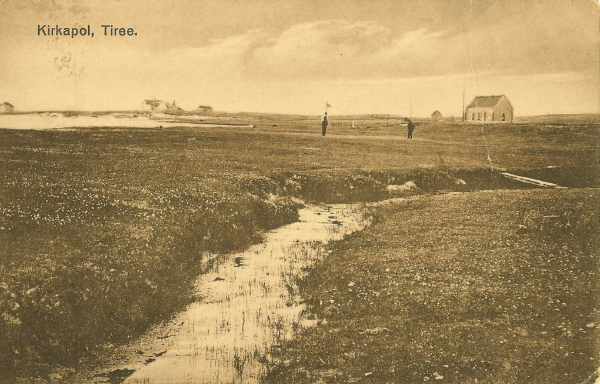