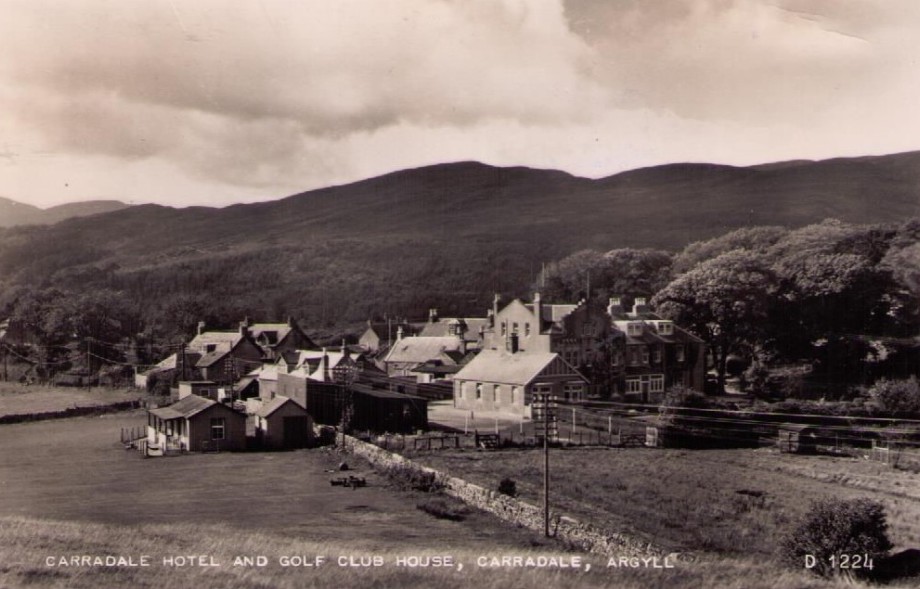 Carradale has taken a decided step forward in recognising the claims of the golfer in its arrangements for attracting the summer visitor. Golf enters much into the thoughts of the modern holiday maker and the place that claims his patronage cannot long afford to deny him facilities for indulgence in the game. The credit of originating the Carradale course belongs to the laird, Austin Mackenzie, Esq., while Major W. M. Hall of Torrisdale also took an interest in the new venture. Mr Mackenzie had the ground marked out under his own direction and afterwards gone over by Mr Munro the Machrihanish professional (but in fact believed to be John Munro the then greenkeeper at Machrihanish as there was no professional there until 1920) The course is a nine hole one. It is situated between Airds and Portrigh and embraces two fields on the home farm (Portrigh Park) and the ground known as Castle Park. Mr Mackenzie played the opening shot and during the opening ceremony the minister of the Free Church, Rev George MacLeod, remarked “this was a course for which beauty and scenery and bracing air was not to be surpassed in all Scotland and which for riskiness and hazard in losing balls it would command all their (the players) skill.( Applause )

Mr Keith Campbell said he endorsed all Mr MacLeod had said, and in addition he had to call for three hearty cheers for Mr and Mrs Mackenzie – and for the success for the bazaar. ( Cheers )

As Mr MacLeod had remarked, the beauty of the place was quite unsurpassed. If players lost their tempers when balls went amissing he thought they had only to look round about them to be restored to equanimity. ( Applause ).

This concluded the proceedings.

As stated in The Courier, the original course occupied part of the ground known as Portrigh Park (part of the Estate Home Farm, to the left of the Bay Road, up to Dunvalanree) and Castle Park (leased from the estate by John Paterson) the name being taken from Airds Castle fortified at the end of the 15th century by King James IV of Scotland and the ruins of which can be seen from the 3rd tee and the gents medal tee at the 4th. In 1906 the 1st tee was at the far end of Portrigh Park with the drive being shorewards.  Five of the subsequent holes were played over Castle Park with the 8th and 9th holes returning to Portrigh. At a later, but unknown date, the layout was altered and included the 3 holes behind Dunvalanree and adjoining houses but these holes were lost, it is thought, on or about the onset of the Second World War and on the 5th tee, which looks out to the southeast towards the Cruban Buoy (the club’s logo) the unroofed walls of a wartime Listening Post remain. For a time there was a football pitch on part of the 5th fairway and for many years the 5th green was a lightning fast sloping green below the 6th tee. The 6th hole, Pudding Bowl, is the signature hole of the course and the 7th, from the gents medal tee, is one of the toughest par 3 holes anywhere. For a short period there were bunkers at the 3rd, 8th and 9th greens but these were loved more by sheep than by golfers and they were duly removed along with a dry stane dyke which for many years was an obstacle which had to be overcome in front of the 7th green. An obstacle of a different kind can be the feral goats which occasionally stray from their home on Carradale Point – an attractive sight but whose body odour leaves a lot to be desired!

All competitions were played off the front (box) tees until the early 1970’s when new medal tees were constructed and on display in the clubhouse is one of the first silver medals competed for in the club’s opening year. The course records are 64 for the ladies (June 2017) and 61 for the men (August 2012) each currently being held by our local members, Fiona Ramsay and Jamie Campbell respectively. The club is proud to have Belle Robertson, unarguably one of Scotland’s finest lady golfers, as an Honorary Member and Belle opened our current clubhouse in 2009. Another famous golfer to have played the course is the legendary Australian golfer, Peter Thomson, a 5 times winner of the Open Championship.

In the 1960’s and 1970’s holiday competitions during July and August provided fantastic fun and entertainment combining crazy golf (driving on one leg, hitting the ball with eyes closed, playing through a tyre on posts on the 9th fairway and more!) with slightly more serious mixed foursomes/greensomes, the latter still being played today. For about 20 years there was an annual match between holidaymakers to Carradale and holidaymakers to Blackwaterfoot and, in the absence then of a ferry link, transport was provided by a local fishing boat. That established a connection with Arran which continues today and a seasonal vehicular ferry between Claonaig and Lochranza makes a trip to Arran very easy and enjoyable.

With a succession of splendid greenkeepers over the years the club has been fortunate to have a course which has been and still is maintained in fine condition. Visitors are warmly welcomed to tackle our challenge and to enjoy the magnificent northerly views up The Kilbrannan Sound  towards the Cowal Peninsula,  across to Arran and to the south past the Cruban Buoy to embrace Ailsa Craig in the distance. 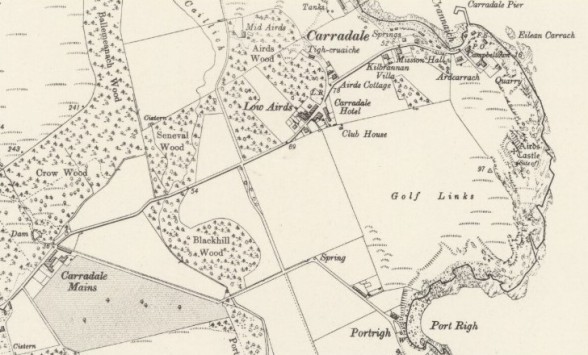 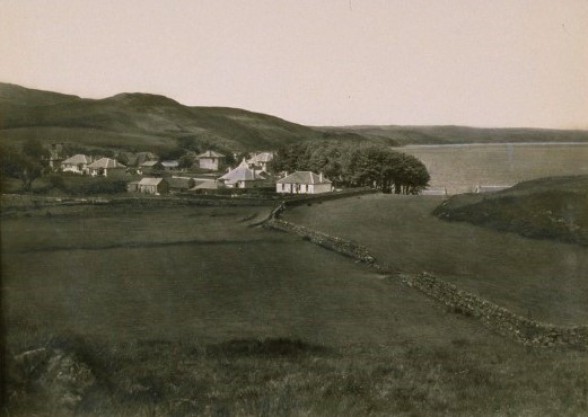 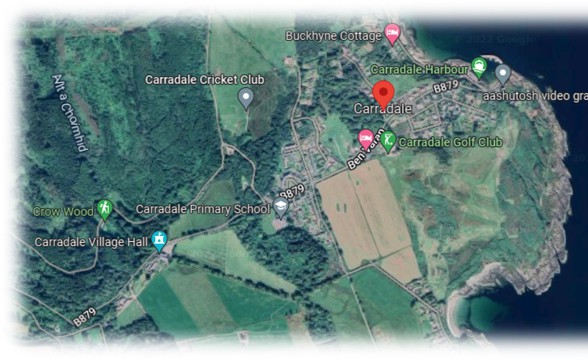 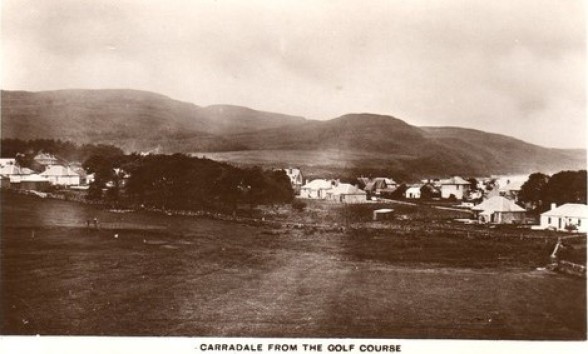