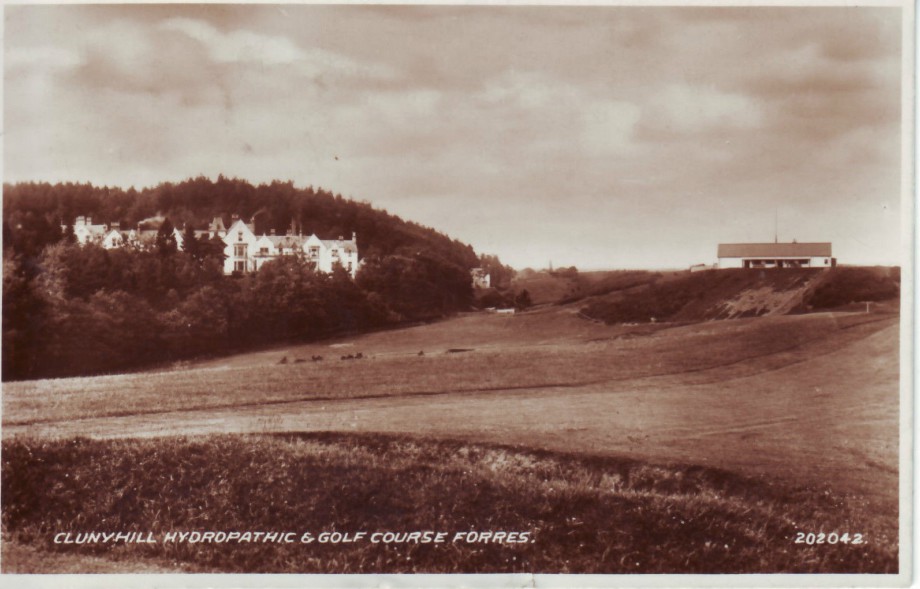 1. Forres club are formed in 1889 and lay out a course at Kinloss, Findhorn.

2. Forres club's financies are low and they have to play a reduced course of nine holes. 1901 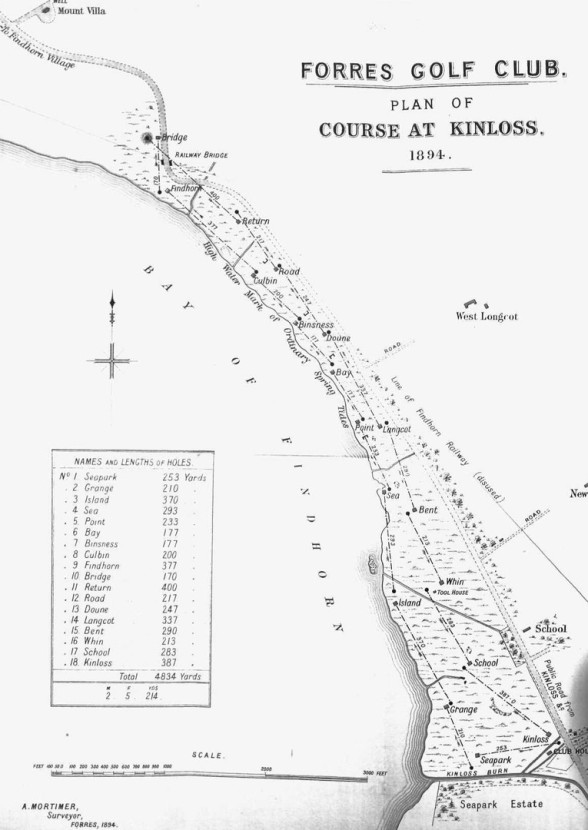 This layout sketch of the course ( Above ) was sent, along with an article to the 1893/94 Golfing Annual. The sketch was created by the Secretary of the club at the time ( Mr John Leask ) who must have spent a considerable amount of time in the preperation of the sketch. 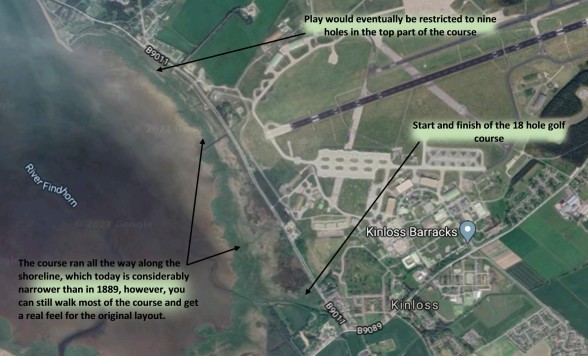