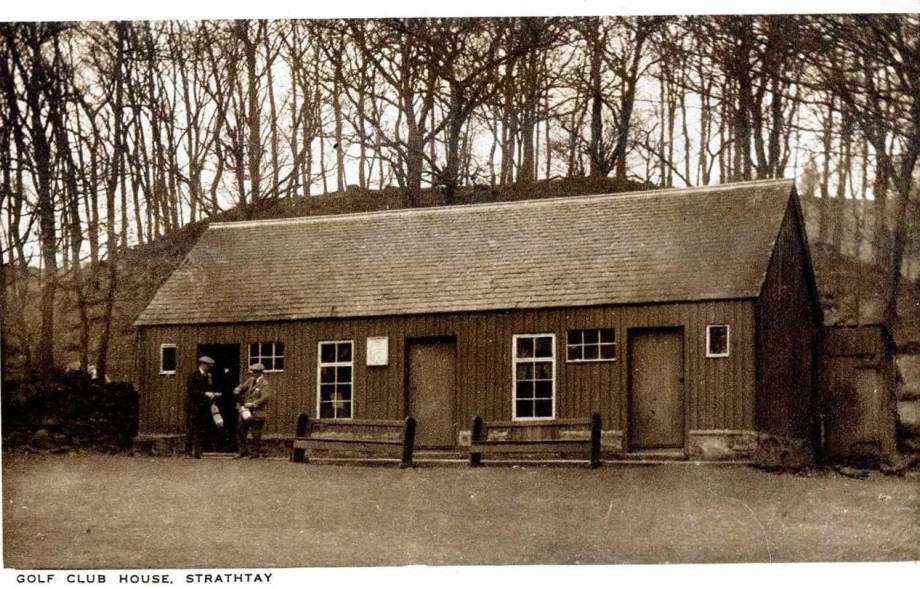 "The Ballinluig and Strathtay clubs played a foursome – the best of three matches eighteen holes each – on Ballinluig course, recently opened. The representatives of Ballinluig were rather off their game in the first round, and lost it by eight and seven to play. Next round Ballinluig found better form and won by two up and one to play.In the third round, in which strong play was manifested by both sides, Strathtay again came to the front, and were two up at the seventeenth hole, thereby gaining the match. Another match is to be arranged at Strathtay"   (S 13.6.1896).