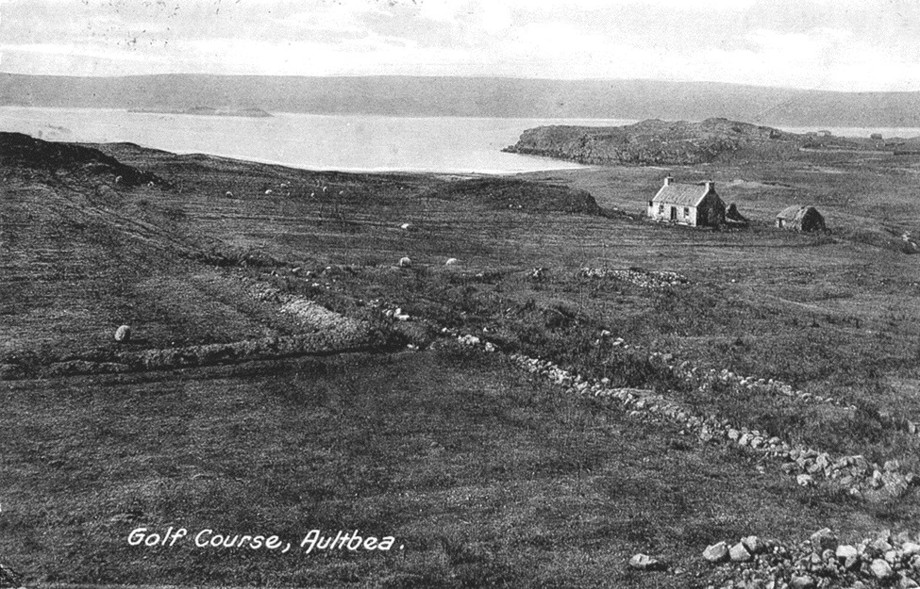 Opening of a new Golf Course at Balintore, Fearn.

“Recently a new golf course was originated, through the efforts of Captain Morro of Allan, at Balintore, Fearn, and already it possesses a membership of thirty-five. Suitable ground was secured just behind the village, within a quarter of a mile from the Station, which is in every respect admirable suited for the game.

The formal opening of the course, which has admirably been laid out by Mr McHardy, Chief-Constable, Inverness, took place on Saturday afternoon in the presence of members and others interested in the game. Among those present were – Captain and Mrs Monro of Allan, Major Jackson of Swordale, Mr Machardy,Mr Jas. Barron, and other friends.

In addition to the members and officials of the newly-constituted Club, the Captain and members of the Tain Club, who had been invited to attend, joined in the proceedings.  Major Jackson presented a cleek and ball to Mrs Monro of Allan, who, amid cordial cheering, drove off the first ball, and declared the course open.

The game was then started by Major Jackson and Mr Machardy, who were followed by other couples.  The play proved interesting, and the course was found, on the whole, to be satisfactory one from a playing point of view.

The visitors were hospitably entertained by Captain and Mrs Monro, and at the conclusion of the day’s proceedings they were heartily thanked for the interest they had manifested in the Club, and in the ceremony of that day.” 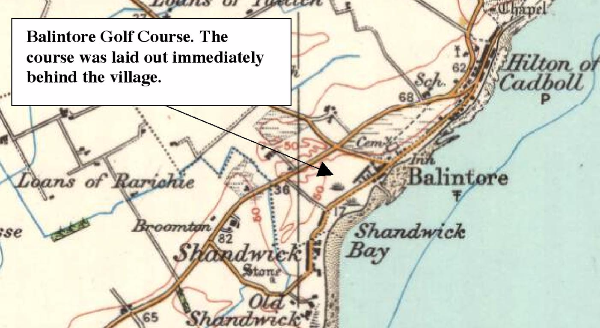 Reports of the opening of this club are titled variously Balintore Golf Club, and Fearn Golf Club. Ballintore is the name of a village, which  is in the parish of Fearn. The former seems the more appropriate