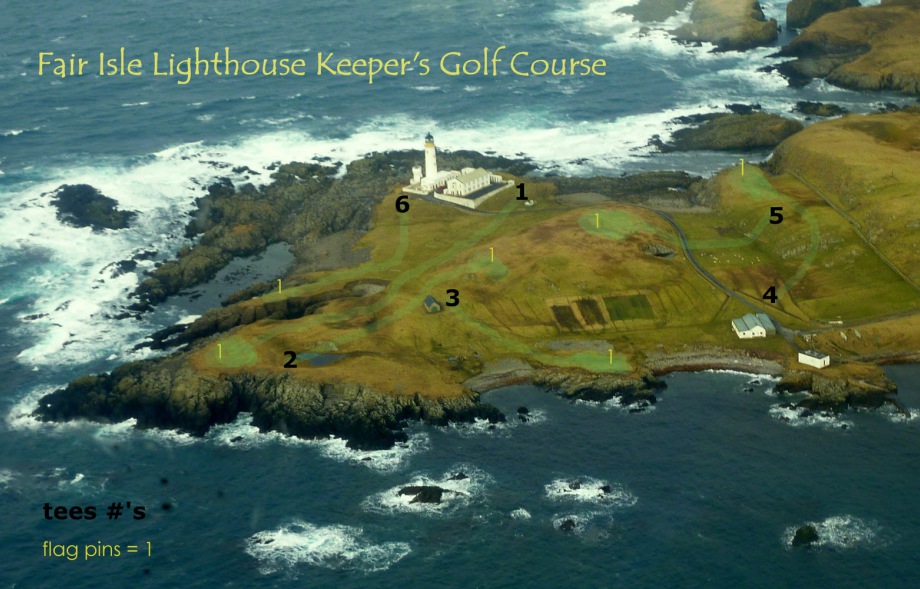 North Fair Isle Golf Course. A 3-hole course laid out by the lighthouse keepers near the North Light circ a 1892.

South Fair Isle Golf Course. A 6-hole course laid out on the Skaddan grounds near the South Light in 1960. The course was on croft land. play often among the sheep and the sea birds. The cups where tin cans and the pins broom handles stuck in the ground near by. The course was on a peninsula, with rolling hills framed by jagged rock cliffs almost surrounded by the sea within the watchful eye of the light-house and its long shadow. Even in light wind the course is very challenging and an adventure to play. It has been said the game always ended with an argument, then a dram of whisky follow by a long story. With automation in 1970, the lighthouses were de-manned and the courses became overgrown and forgotten.

In 2006 the course was reinstated by Tom Hyndman 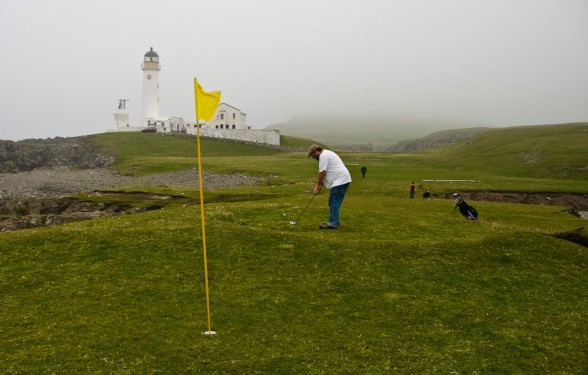 Tom playing to a green. Image and permission kindly agreed by Tom Hyndman 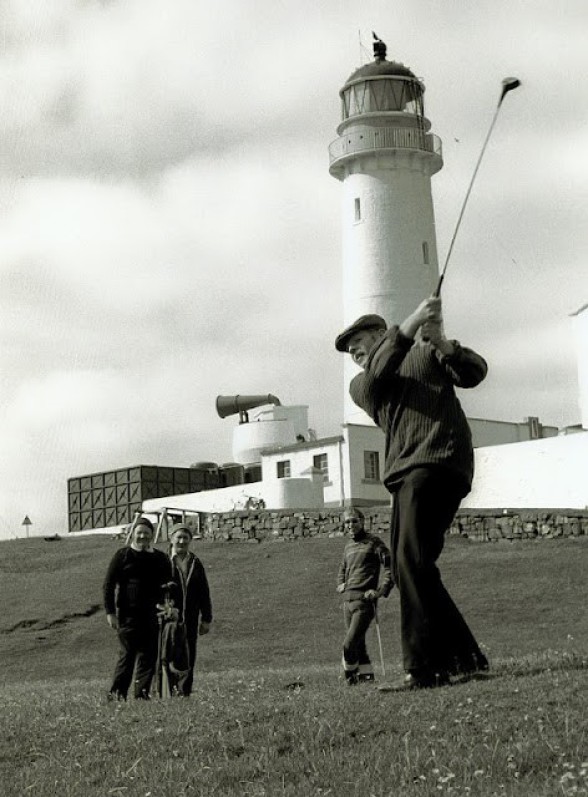 Not a bad follow through, tummy to target, but the grip looks a bit dodgy 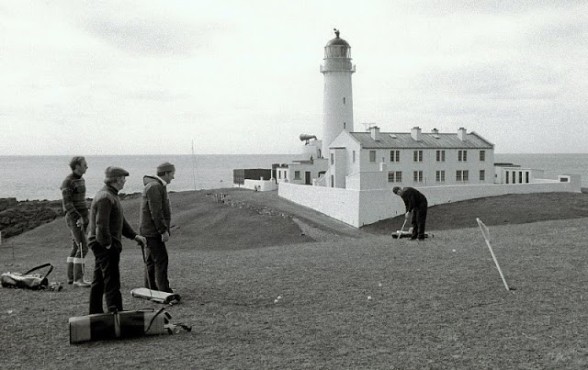