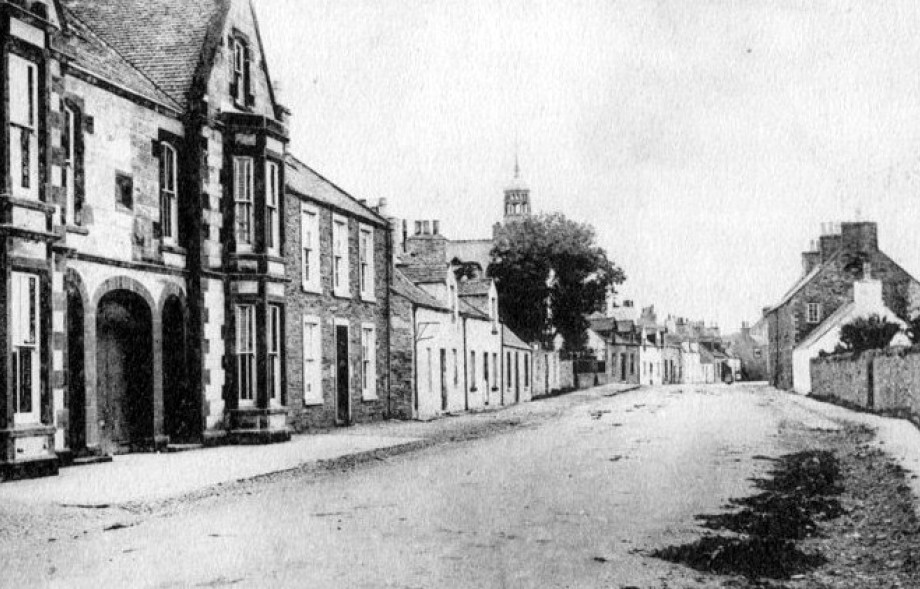 Whithorn Golf Club.  Instituted 1893. A 9-hole course, at Glengruff, one mile to the east of the town. 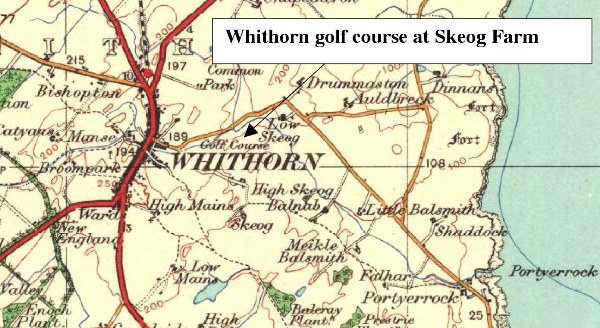 . “The club is much indebted to Mr Alex Reid, farmer, Skeog who has kindly granted permission to use Glengruff, which makes an excellent course of nine holes, with no end of “bunkers and hazards.”    (DGSA 1.4.1893)

“William Stewart, Esq, banker, of Lochgilphead, has presented to the Royal and Ancient Burgh of Whithorn Golf Club, a handsome gold medal to be played for by the members on such conditions as the committee may determine. The medal is a beautiful specimen of the goldsmith’s work."    (WFP 11.5.1893)

The Stewart Gold Medal Championship meeting was played at the Physgill House private course at Kidsdale for a number of years, by invitation of Mr Nicholson, the owner. The course is of nine holes, situated on rising ground between Portcastle bay and Smurle Wood, where the elevation rises to two hundred feet above sea level.

“A match between Ardwell and Whithorn golf clubs took place on the County Golf Links at Mains of Park on Wednesday 11 May. Two rounds of the green, or 18 holes, were played. Eight members of each club took part in the match which Ardwell won by 43 holes to 3.”    (GG 14.4.1894)

Being fairly distant apart, in a very rural area with little public transport, the clubs met half way and played the match on the course of Wigtownshire County Golf Club.

“At the annual general meeting of the Whithorn Golf Club, the financial report showed that the club was in a prosperous condition. All the officials were re-elected, and it was unanimously agreed that the new season should open with a game on Friday 22nd inst, and that the occasion should be celebrated by a club dinner in the evening at the Grapes Hotel.”    (GG) 16.3.1895)

“The Whithorn Golf Club regret that they have been obliged to advertise warning persons off the golf course, as there has been considerable damage done lately to greens, fences, and other properties.”    (GG 20.4.1912)

“Whithorn Golf Club have appointed Mr Wm McMaster, Whithorn, caretaker of their golf course, and he has now entered on his duties.

“The Whithorn Golf Course has for some time been practically deserted. The grass is long and difficult to keep down, and balls are being lost, so that as far as Whithorn is concerned the “royal and ancient game” is well-nigh abandoned meantime. This has apparently led to the manifestation of greater sporting activity on the burgh bowling green, which presents an animated scene each evening. “   (GG 9.8.1913)

It is likely hat the reduced enthusiasm, and the strictures of WW1, caused the club to go into abeyance.

“A match was played at the Whithorn course on Thursday between St Medan GC and Whithorn GC. The result was a win for St Medan  by four matches to one, with one halved.”   (WFP 3.6.1920)