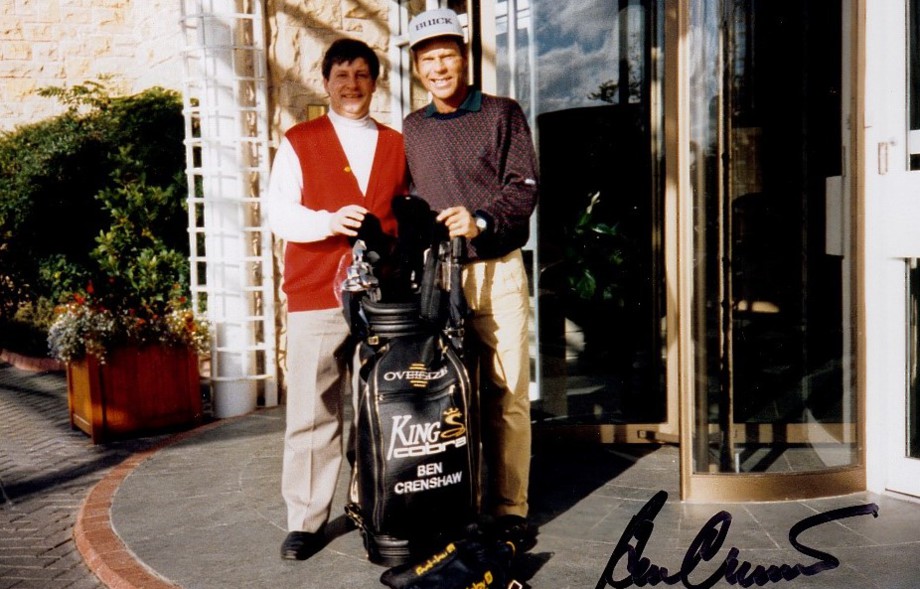 An interview with Ben Crenshaw

Get To know More About Harry 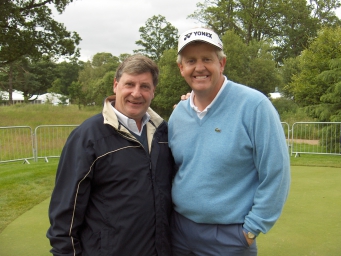 Harry is a member of the British Golf Collectors Society, although he would regard himself more a historian than a collector, mainly due to a lack of the necessary funds required to purchase expensive golfing memorabilia. Way back in the early 90s harry and his brother were working away, researching the old defunct golf courses of Lanarkshire, which also led to the writing of the Biggar Golf Club centenary book ( Their home club ) and upon its completion, Harry decided to continue and research the whole of Scotland, which is also an ongoing project and this site will be updated as information becomes available. The project began long before the birth of the internet and online newspapers which involved some long and memorable trips to some of Scotland's remotest locations. I sincerely hope the information within is of interest, however, this is just a sample from my extensive database created over the years. Should anyone require any information then please get in touch, i only ask that you acknowledge where the info came from. 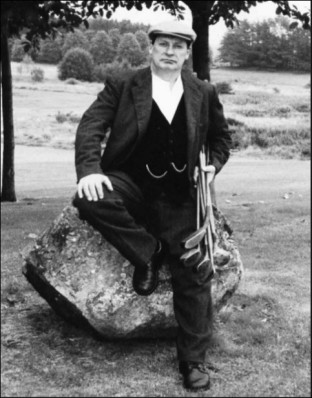 Affectionally known as Hickory Harry, he is a golf nut. Apart from being a history enthusiast, he has tried his hand at almost every aspect in the game of golf, from working at all the major tournaments over the years, including the Ryder Cup, to serving on various committee's, and has in the past been a qualified Coach, Rules Referee, Club Captain, Club Secretary, Junior Convenor, Sports Council golf co-ordinator etc,etc. He has also featured in shows with the trick golfer ( Noel Hunt ) as his assistant, and assisted in the organisation of the first five Scottish Golf Shows. He has also written a further 4 golf club centenary books, and of course, Forgotten Geens.  If its to do with golf, then he will have a bash at it !. Harry also helped his late brother ( Alfie ) to re-construct the old Arbory Brae golf links at Abington, a four year titanic struggle which ended in dissapointment. So much so, that Alfie wrote a book on the experience called " Fairways What Fairways." Details of how to acquire this book can be found in the Arbory Brae section of this site. This site is dedicated to the memory of Alfie Ward. 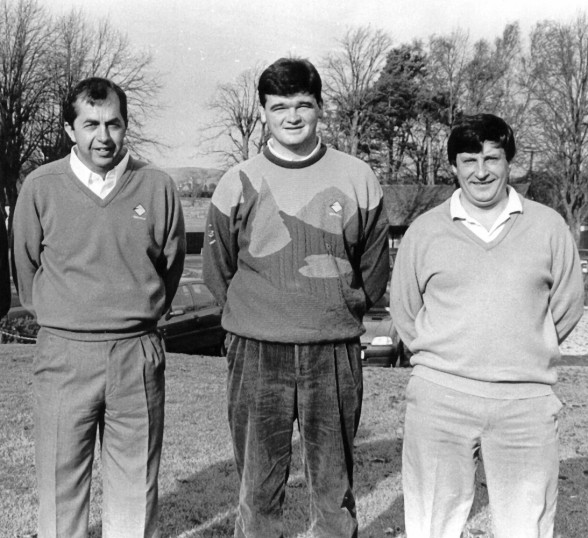 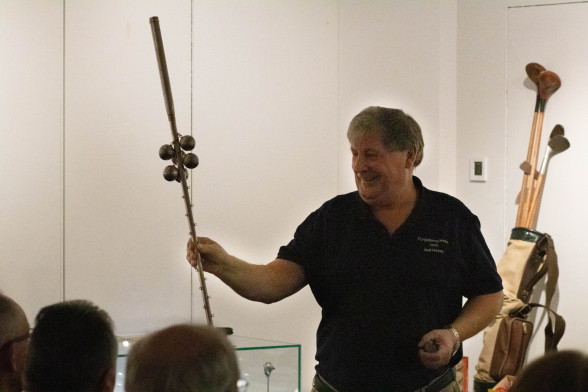 Harry with the silver club at one of his presentation talks 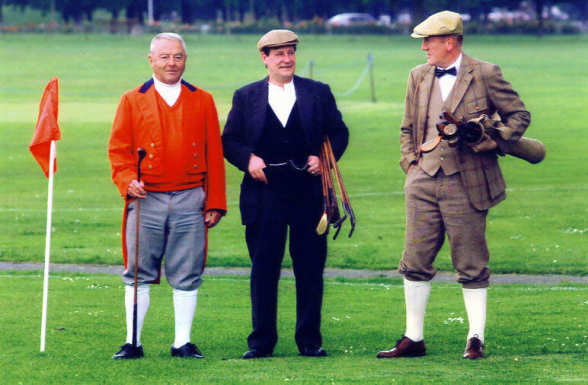 With one of his hero's, the late ( Great ) Archie Baird, Far Left 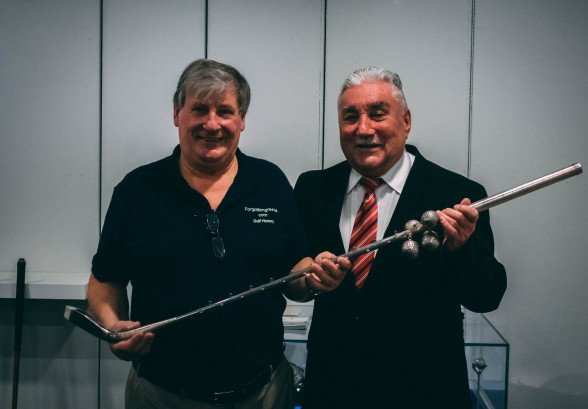 With the one and only ( Brian Ross ) former captain of Lochend Golf Club and friend. 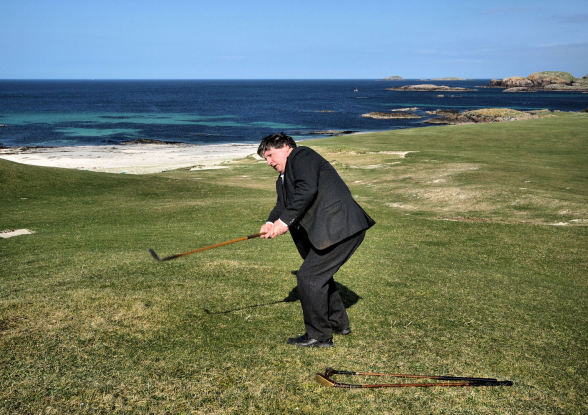 On his favourite golf course ( Iona ) The natural Links 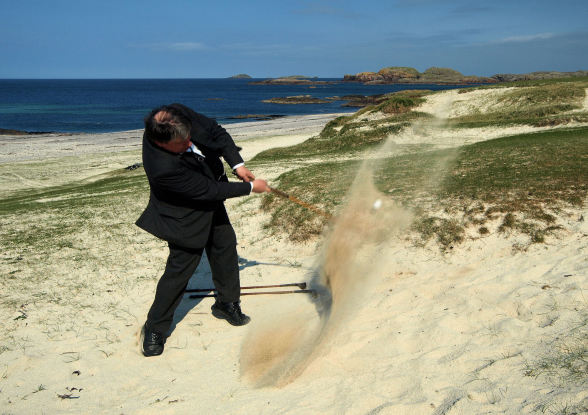