Rutherglen Municipal Golf Course. Laid out 1923. “Considerable discussion took place at a meeting of Rutherglen Town Council on a proposal to lay out a municipal golf course on the lands of Springhall.

Opposition to the scheme was based mainly on the fact that the ground had been originally purchased for the purpose of erecting a hospital thereon, and that if the ground were used for any other purpose it should be made certain that the proposition would be frofitable. The motion to establish a municipal golf course was eventually carried by 15 votes to 3. The course, the cost of which, is estimated at £1500 will be of 18 holes on the lands of Springhall, and in addition about 40 acres has been leased for 10 years at a nominal rental from Mr John Train of Cathkin.” (GH 14.2.1923) 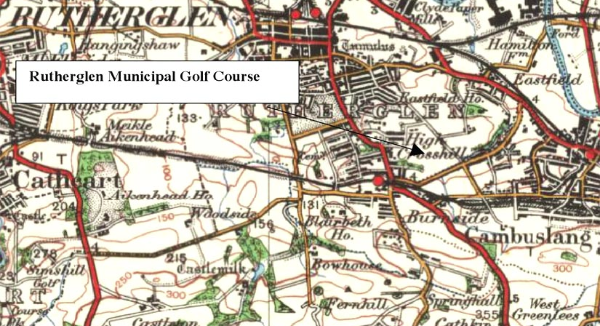