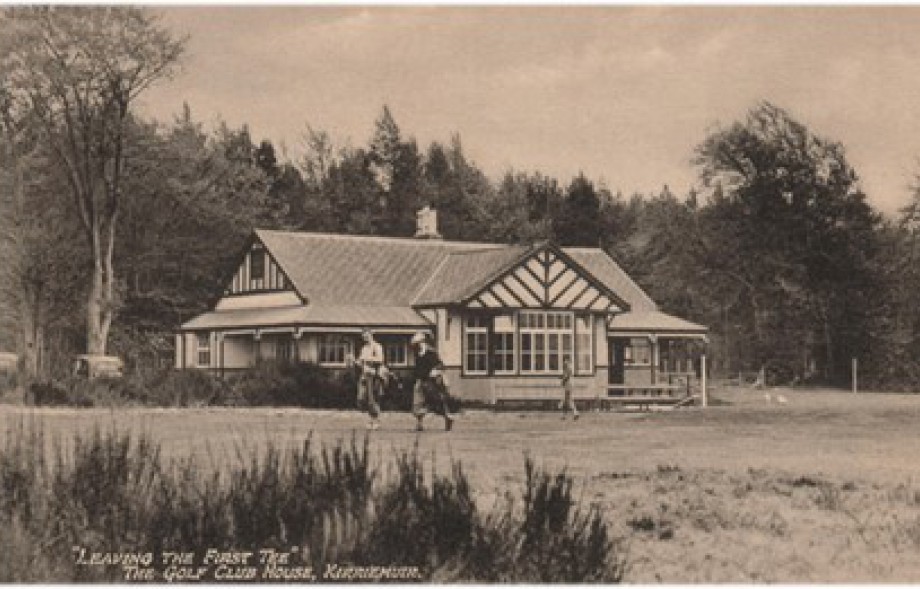 Golf has been played at Kirriemuir as early as 1864 according to newspaper reports, although the club has its formation date as 1884. 1st course was at at Hill Of Kirriemuir.

The club has occupied their present site since April 26th, 1909.

The annual general meeting of the Kirriemuir golf club was held on Monday evening. Provost Ogilvy was re-elected President ; Mr A.D. Donald, Vice President ; Mr Stewart Lindsay of Crawford Park, Secretary and treasurer ; and Mr George Kyd, match secretary. It was agreed with a view of securing a site for a new course, to negotiate for the purchase or lease of several acres of ground at East Hillbank, or the area of wood at Muirhouses farm, the property of Sir Leonard Lyell, M.P., Bart of Kinnordy.