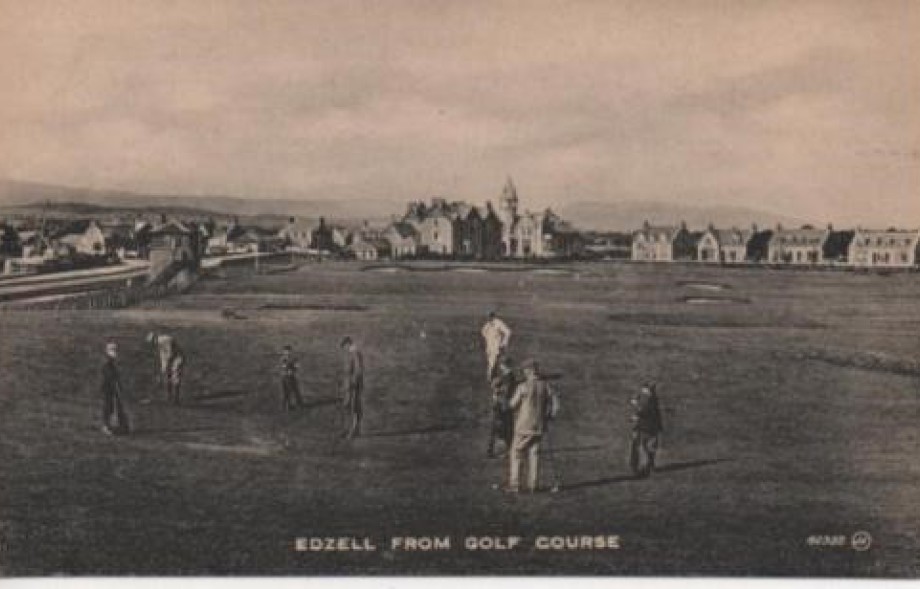 Gannochy Golf Club.  First mention 1897.  A 9-hole course laid  out by Lord Ramsey at the bottom of  Edzell village by the church.  It was originally for 'gentlemen' but other villagers were allowed to play; they were known as the 'Five Bob' men.  With the advent of gutties, play became dangerous and the course closed.  Members moved to Edzell GC but the club remains a club within a club. Membership 38.

"A meeting was held on Friday to consider the advisability of forming  a new club for the benefit of those residing in Edzell, as they are to be granted the use of the course at a fee of 5s a year. The Rev. T.C. Sturrock was called to the chair. The meeting agreed to the formation of a new club, to be called the Gannochy club, and elected office bearers as follows :- President, J. Davie ; Secretary and Treasurer, R. Hood ; Members of committee – D. Ferguson, J. Carr, J.G. Thomson. The committee were instructed to arrange some competitions for the ensuing season." (DA 17.5.1897)