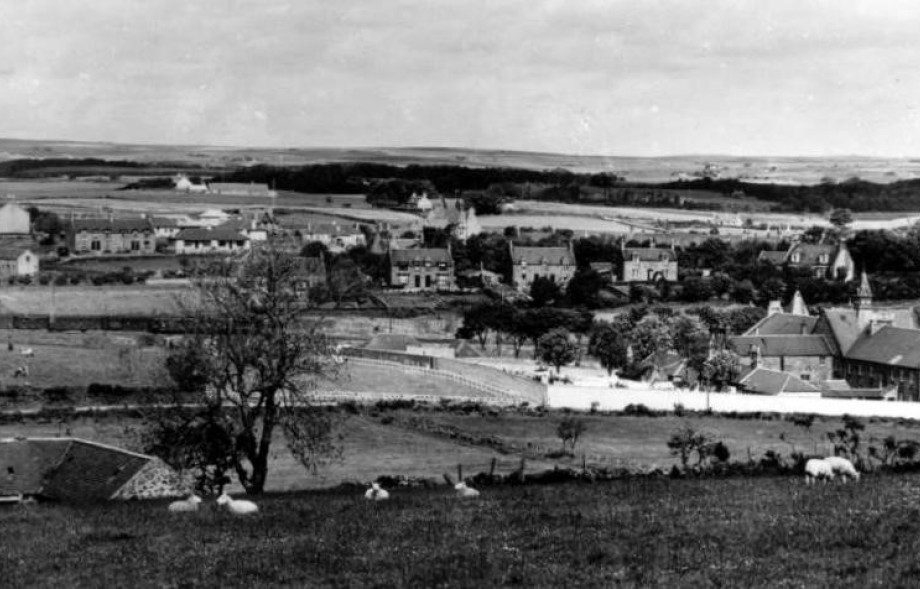 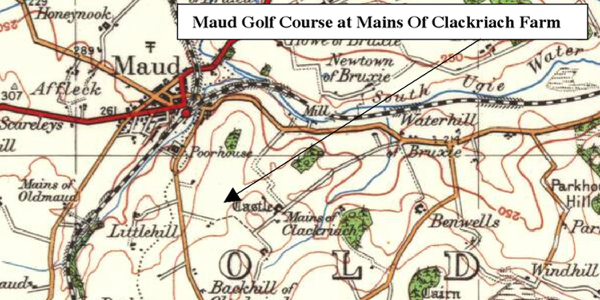 Maud Golf Club. Instituted 1935. When the club was formed early in 1935, the president was the Rev W D Allen; vice-president, James A F Murray; secretary, George A Morrison; treasurer, George Cockburn. These gentlemen along with Charles McDonald and Dudley Wright carried out the initial work of establishing the club.

The first mention of the actual course appeared in the Aberdeen Press and Journal on Thursday 9th May 1935. It stated that discussions were at an advanced stage to form a golf club in Maud and the surrounding area. Two public meetings had already been held and the proposal was put forward to call the club the Maud and District Golf Club, which would take in the nearby villages of New Deer and Old Deer. The next step was to deliver circulars to all households in the area asking potential members to fill in a form with a view to becoming members of the club. The instigator of the scheme was George Morrison, with the Rev W Dunbar Allen giving valuable support. The club had already been given substantial financial assistance by Mr William Tait, a distinguished native of Maud, who at the time resided in Benoni, South Africa. Valuable assistance had also been received from the owner of the farm of Mains of Clackriach where the nine-hole course would be laid out. The annual subscription would be £1 for men and 12s/6d for ladies. Mr Tait was appointed as honorary president. The initial response to the founding of the club had been very positive with nearly thirty people already agreeing to become members. The target was fifty and it was hoped that this would soon be achieved

Opponents to the scheme pointed out that courses at Strichen and Longside (both recorded on this website) had closed due to the close proximity of courses at Fraserburgh and Peterhead, but supporters of the new course stated that this would not happen at Maud as it was considered a “fair distance” from a first class course.

“ A new chapter was opened in the history of the village of Maud yesterday afternoon, when a nine-hole golf course was formally opened in the presence of a large and enthusiastic gathering of residents and friends.

The course which has a total length of 1994 yards, is situated on the lands of the Mains of Clackriach. Only six months have elapsed since the project was first seriously discussed and, although an amazing amount of work has been accomplished in the interval it can be understood that the course is still in an embryo state. The fairways are somewhat rough, and the tees and greens are a long way short of satisfying the demands of an expert but all the natural features of a sporting little course are present, and those who walked and played over the course yesterday are agreed that its possibilities are most encouraging,

Mr Murray presided at the opening of the course and explained that the promoters were intent on promoting Maud and its neighbourhood and making it an attractive venue for visitors to the area. In their effort they had had the assistance of many kind friends; Mr A Dingwall Fordyce of Brucklay; Captain and Madame Morrison; William Panton, tenant of the farm of Mains of Clackriach, and the trustees of the John Gordon Charitable Fund, who were proprietors of the estate of Clackriach and Old Maud. Mr Murray concluded by asking Miss Ivy Tait, Benoni, South Africa, to declare the course open.

Following the official opening, an exhibition match was played by the following well-known north east golfers; George Philip of the Balnagask club; P McKenzie, G Hunter, G McBeath and P Geddes of the Peterhead Golf Club. The condition of the course ruled out the possibility of low scoring but at the close of play the players were unanimous that the course provided a sporting test, and was capable of great development, and that for a considerable time to come there was no urgent call for the construction of artificial hazards.”

A dance was held in the Victoria Hall in November 1935 to raise funds, proceeds going towards the course construction fund.(APJ)

It was reported on 19th November 1936 that “the golf course had been poorly supported. Following the hard work carried out just over twelve months ago it was though that a membership of 50 would be sufficient to prove a success, but only about half that number had become members. If it had not been for the generosity of a few people it was very doubtful if the club would still be in existence. The condition of the course had not improved since opening and the club was finding it impossible to employ a man on a part time basis in an attempt to improve the condition of the course. With the grass far too long on the course the players were not very enthusiastic. Only a small number were playing the course and the future looked anything but rosy. It was hoped that things would improve over the coming months and this would enable the club to take on a full time green-keeper.

The Rev W D Allen, President, said that the whole position would be reviewed before next spring”

No other references have been found.