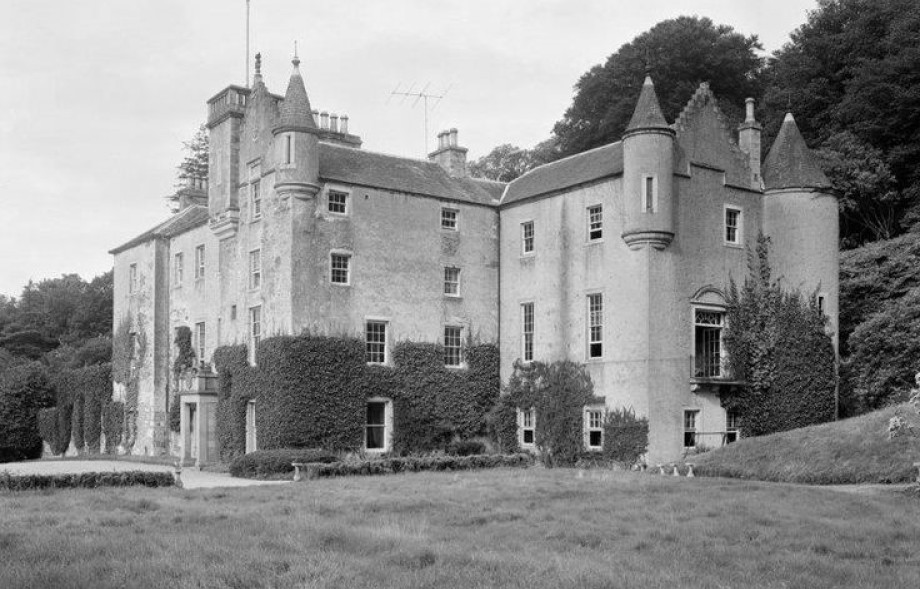 Barwhillanty, Castle Douglas. “The fashion of having a miniature “ Links,” chiefly for practice in “ Iron” shots, laid out around country estates, is becoming very frequent. This week, W.D. More, the Chester club professional has gone on a mission to Barwhillanty, Parton, N.B, Mr Yerburgh’s scotch seat, in order to plan a small golfing course, where the wearied legislators may recruit their jaded energies and console themselves with a round of golf after a days ill luck with the grouse. The Chief Secretary for Ireland, Arthur Balfour, another well known golfer, has “ Links” at his country seat of Whittinghame, near North Berwick, and, as most golfers “ go off” more in wrist iron shots than in any other part of the game, our country gentry are very wise to avail themselves with a little spare ground where the lovers of the Scotch national game may exercise their skill in “ driving and lofting,” and even in “ stymies.” (CO 12.9.1891)

Robert Yerburgh was the Conservative MP for Chester from 1886-1906 and 1910--1916, and was also a Justice of the Peace for Kirkudbrightshire.

"Major and Mrs Henryson Caird of Cassencarie, Creetown, yesterday afternoon entertained the tenants and friends on their estate to the number of 200 at a garden party at Cassencarie. The beautiful grounds and the mansion-house, immortalised as the Woodburn of Sir Walter Scotts “ Guy Mannering “ were greatly admired.

In the evening there was dancing in a large marquee which had been erected on the golf course in front of the house. An exhibition of dancing was given by Mrs Henryson Caird and the Baron De Braze. During the afternoon Creetown silver band played selections, and an enjoyable sports programme was carried through. The fete is being continued today and there is to be a ball in the evening, at which it is expected the Albanian minister in London will be present: (S 15.7.1932).