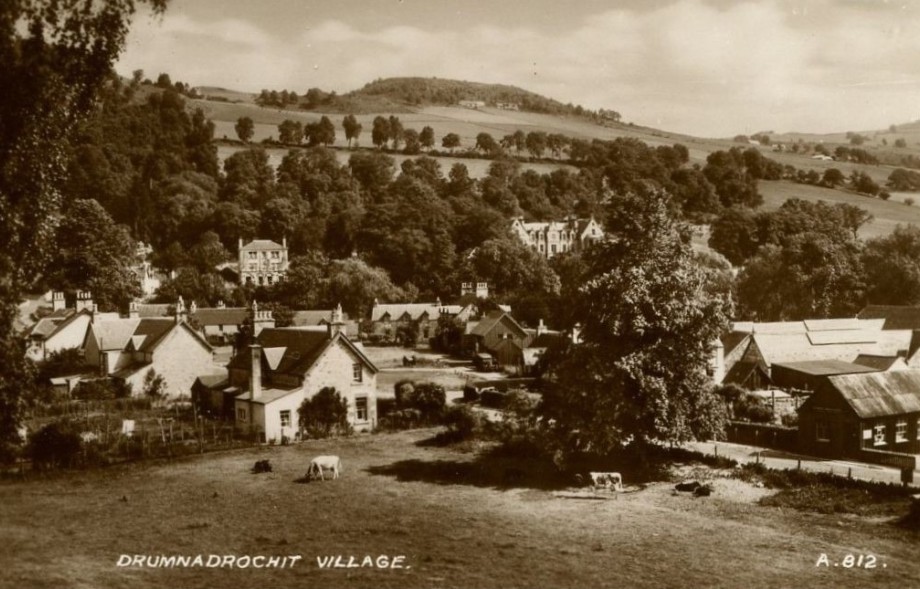 We have been unable as yet to locate this golf course

" The second mixed foursome match was played on the Drumnadrochit course on Wednesday.  The course was in good condition during the first part of the game, the latter part having been played in a thunder storm; nevertheless, the match was finished in great spirit.  Fifteen competitors, including five ladies, entered, details being as follows; 1.Miss Iona Macdonald and Dr Macdonald,Kilmichael, 51;  2. Miss Nellie Cumming, Drumbuie, and Mr Macdonald, Balmacaan, 54;  3. Miss Cathie Macdonald, Balmacaan, and Mr D. Mackenzie, Milton, 57;  4 (a tie) Mr Jack Macdonald, Balmacaan, and Mr A. Munro, Milton, and Mr Mackintosh, Drumnadrochit, and Mr Colin Ferguson, Milton, 58.  The last couple were rather heavily handicapped.  Mrs Maclymont Needem and Mr Sutherland, Milton, and Miss Sutherland and Mr J. Campbell, Milton, brought in cards of 61.

The playing was good notwithstanding the adverse nature of the elements.  A number of very good approach strokes was noticeable; Mr Sutherland sent in some deadly shots with his mashie, but (adds our correspondent, who has a strong vein of humour) on account of the soft condition of the course rather large slices of the county flying about in the air were the order of the day.  The prizes were handed over by Miss Ella Macdonald, Balmacaan." (NC 27.5.1925)

The match was of great interest to watch, and was conspicuous by the absence of “turf raising” and “sky-scraping”.  Mr Ross, a visitor from Inverness, played faultless approaches, while his opponent, Mr J. Macdonald, played an excellent game and had the visitor “down and out” with a narrow margin of two points." (NC 10.6.1925) 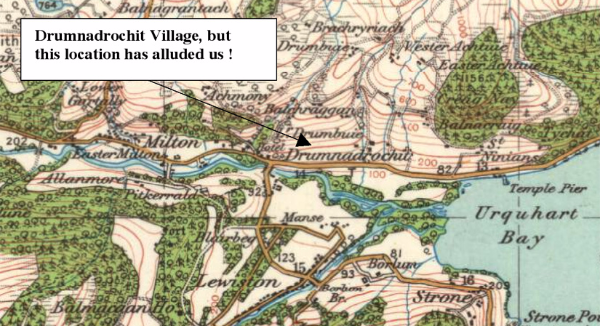