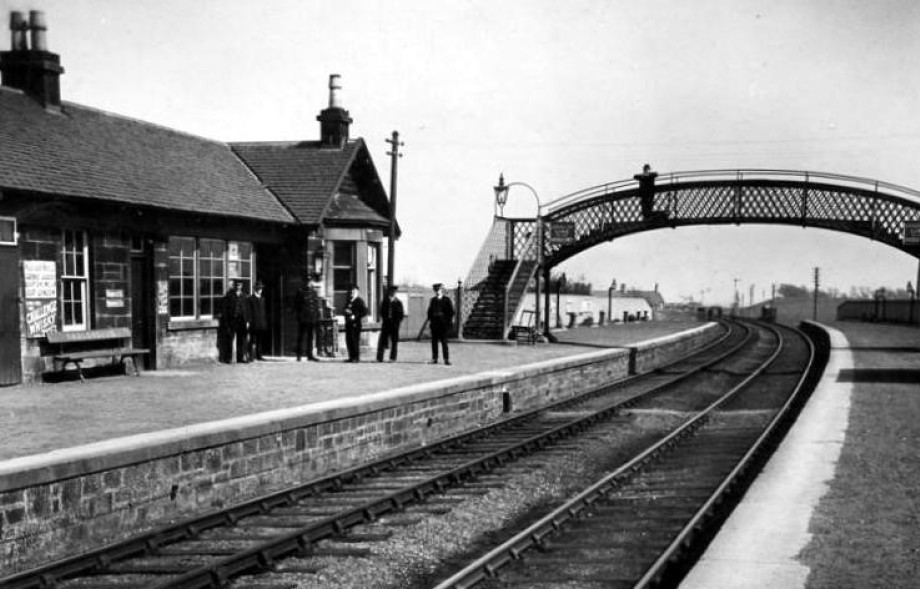 “An 18-hole golf course is to be laid out by Fauldhouse Miners’ Welfare Committee, as a result of the initiative of Mr Murdoch Black, a fireman at Whitrigg Collierey, East Whitburn.

He suggested to the Miners’ Welfare Commttee that a golf course should be provided, and as a result a deputation approached a local farmer, who agreed to give the miners a ten-year lease of grazing land of 620 acres, sufficient for an 18 hole course on the Benthead Estate.

Mr Archibald Muir, a surveyor of the Shotts Iron Co Ltd, drew up the necessary plans.  Mr J Sutherland, a recreational expert of the Miners’ Welfare Commission in London, visited Fauldhouse and told the Committee he was satisfied the land would make an ideal course.

The work of laying out the course will be done voluntarily by the miners, of whom there are 1500 in the district.

This will be the first miners’ golf course in Scotland, and will provide sport for miners on all shifts.  It is hoped it will be ready for play next April.”

No records have been found to indicate that this course ever opened.

Even if it had opened, it would not, as claimed in the article, gave been the first "Miners' Golf Course" in Scotland. There were several, all considerably older than this; one attached to a Colliery in Fife - Lassodie, opened in 1911; One in Lanarkshire - Blantyre, opened in 1911; and two in Stirlingshire - Craigend opened in 1924 and Shieldhill opened in 1912 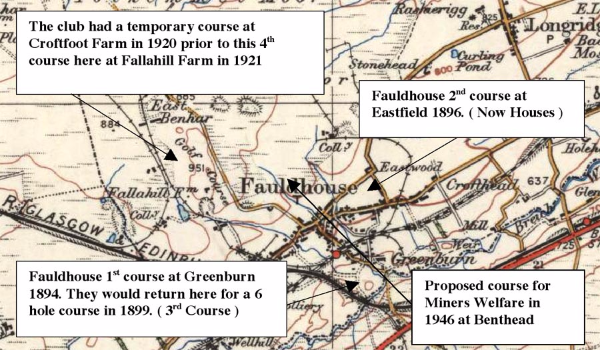 Composite Map for all Fauldhouse courses