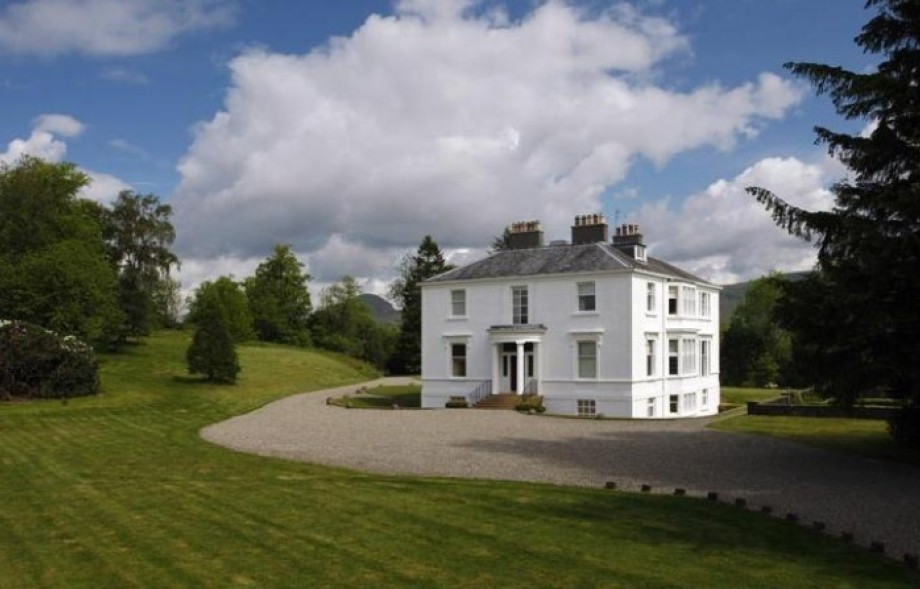 The following Private courses have been identified in Stirlingshire:

"The members of the Killearn Golf Club are indebted to their Captain, Mr David Wilson, YJnr of Carbeth, for his kindness in inviting them to play over his private course on Saturday afternoon.

Owing to the shortness of the notice several players were unable to avail themselves of his invitation, however, those that were present thoroughly enjoyed the game . Mr Wilson supplied hospitality during the afternoon. A hearty vote of thanks were accorded him."   (SJA 6.5.1898)

"An alleged golf course has been opened in the immediate neighbourhood of one of the glens.

The course is situated on the Kilwinnet Estate and has been pronounced  by experts to be one of the best inland courses in Scotland."   (SJA 13.8.1897)

Stirling District Asylum. First mentioned 1901. A course in the grounds of the hospital at Bellsdyke Road, Larbert.

“Besides these, we now have on our front lawns a Tennis green, a Croquet ground, and a new golf course of nine holes which has been largely taken advantage of by the officials and staff of all grades and both sexes. . Record-breaking in every department of sport is one of the crazes of the age, and especially is this the case in Golf, where as it were yard by yard, and inch by inch, players have, by dint of unceasing practice and incredible perseverance, succeeded in establishing standards once regarded as impossible.

The possibilities of our own Golf Course are not yet exhausted, as it has been calculated by experts that 33 is the lowest possible score, and it has already been done once in 35.”

“There was great excitement over the Golf tournament. We hear rumours of another Golf Tournament”   (PH Nov/Dec 1901)

The next item in the programme will be the mixed doubles, which will naturally be doubly exciting. All sorts and conditions of people are to be seen on our golf course, from Ministers to Message Boys."   (PH Jul/Aug 1902). 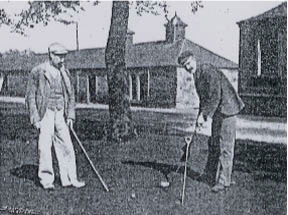 Our two asylum bakers, Messrs Godfrey (on the right of the picture), and Fenton (on the left), are taking their well-earned relaxation on our own golf course, and are photographed at the last hole but one. In the background is the joiners shop.

"The Golf competitions are still progressing, though, owing to the holidays, at a very slow and wearisome pace.

The last ties of the foursomes will have to be played out in the short, dark days of November.”   (PH Nov/Dec 1902)

The above extracts come from "The Passing Hour", the Magazine and Chronicle of the Stirling and District Asylum, Larbert.