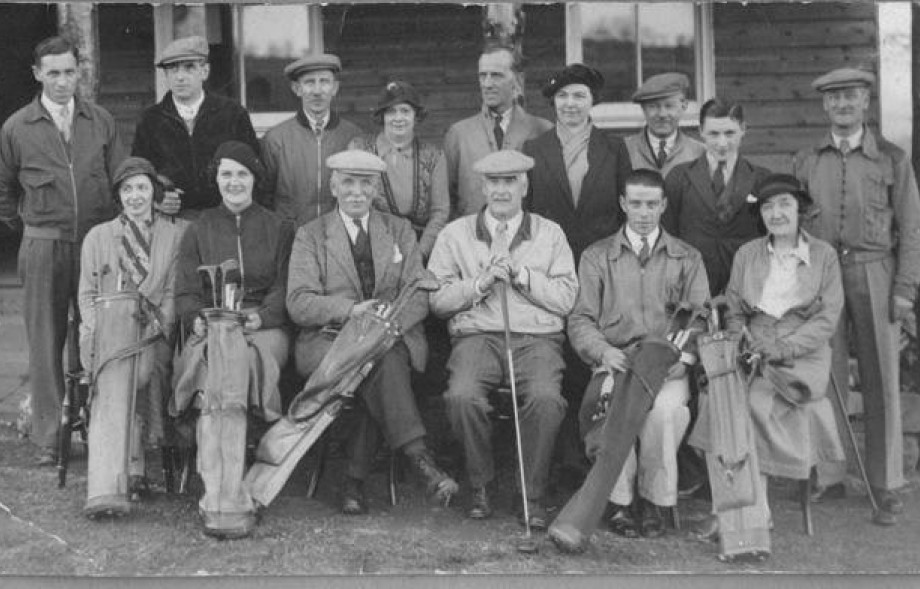 "R.T.N. Speir Esq. Of Culdees, has expressed his willingness to give the use of his grounds, situated in the vicinity of the Station Road, to form a golf course for the recreation of villagers, visitors, &c., provided a sufficient number of members are enrolled who will take the responsibilty of forming the same and keeping the course in playing condition – the club to be designated “ Muthill Golf Club.”

"A meeting of those favourable to the formation of a golf clubwas held in the Masons Hall, when about 40 ladies and gentlemen attended. Rev. J.H. Shepherd was called to the chair, Mr R.T.N. Spier of Culdees has kindly offered ground for a course.

A committee was also chosen consisting of an equal number of ladies and gentlemen."   (PA 28.9.1904)

The chairman made a statement with regard to the situation, dwelling especially on the cost of the upkeep of a course such as might possibly be secured in the district.

After some discussion a committee of six gentlemen was appointed to make full enquiry into the matter as to where ground could be secured, roughly estimate the probable cost of upkeep and other expenses, and to report to a future meeting.

Muthill Golf Club. Instituted 1911. A 9-hole at Drumlaken Park, on ground leased from he Earl of Ancaster’s estate. The club was slow to develop. When the course was turned over to agriculture on 1917, to aid the war effort, the club collapsed and was wound up on 28 March of that year. (Muthill GC History

Lord Ancaster when at Muthill on Thursday, in connection with the coronation celebrations, it is understood, privately stated that it was his intention to give the use of Drumlaken Park for a golf course. This is just what the village has been badly in need of, and Lord Ancaster’s action will be greatly appreciated by the community.

A public meeting of the inhabitants of Muthill was held in the Public Hall there on Monday evening, at which there was a large attendance to consider an offer by the Earl Of Ancaster to give the use of Drumlaken Park, adjoining the village, as a golf course.

Mr George T. Ewing, his Lordship’s factor, presided, and stated that during Lord Ancaster’s visit to the village on Coronation Day, his Lordship, in response to a request, was quite willing to grant the use of Drumlaken Park on certain conditions at a nominal rent of 2s 6d per annum. The announcement was received with loud applause.

Dr Irvine expressed the gratitude of the meeting of this announcement, and a resolution was unanimously adopted thanking Lord Ancaster for his generous offer, which the meeting cordially accepted.

Afterwards, the Rev. A. Mutch, parish minister, and Rev. Mr Anderson, U.F. Church, expressed gratification at Lord Ancaster’s kindness, and urged all to support the scheme for forming the park into a golf course. Promise of generous support has been received.

A general meeting of the new Muthill Golf Club was held in the public hall, when the Rev Andrew Mutch, M.A. presided over a fairly good attendance. Mr Mutch, as convenor of the committee appointed to carry out the preliminary arrangements, reported on the progress made with regard to the forming of the greens, &c., in Drumlaken Park, and Mr Stuart, Hon Secretary submitted a good financial report.

Mr John McCulloch, Lochgelly, has sent a medal for monthly competition among the members and it is understood that the first of these competitions will commence next month. 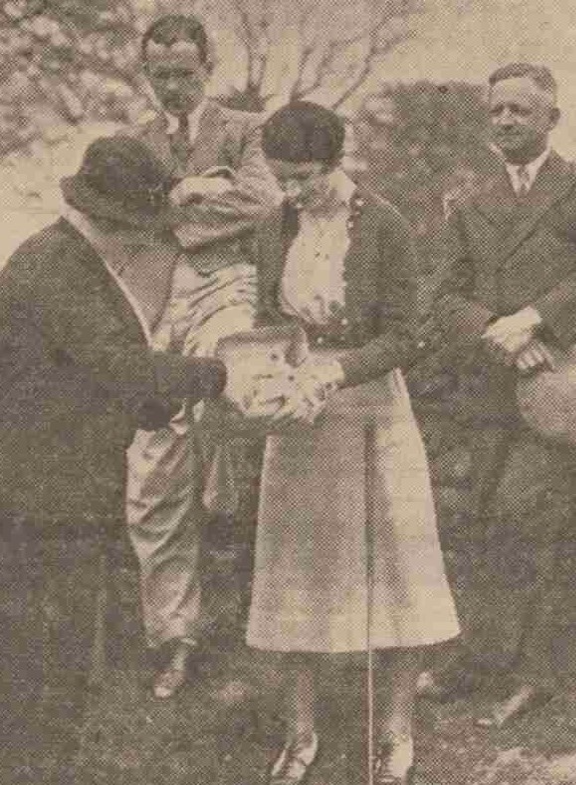 Miss Jessie Anderson, British girl champion, opened the new Muthill golf course on Saturday, she was presented with two miniature candlesticks by Mrs James Smith, the President of the club.