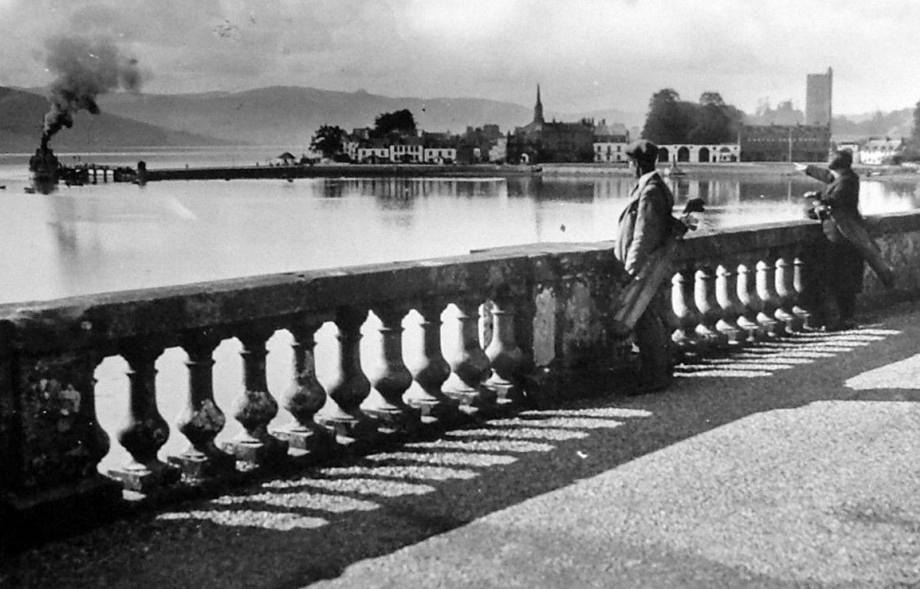 Inverary.- Golf- At a meeting of influential gentlemen connected with the district held on Friday last, it was resolved to form a golf club for Inveraray, the stable Park, opposite Inveraray ~Castle, being intended to furnish the course, for which it is considered very suitable.

Golf.-  The newly-formed golf club for the Inveraray district has already made a good start, with a membership of thirty-six.  At a meeting held last week for the election of office-bearers, Provost MacArthur was appointed president; Mr J. C. Maclullich, vice-president;  Sheriff Shairp, captain; and Mr John Gilmour, secretary and treasurer; with the following committee-  Messrs Jas. Wylie, chamberlain of Argyll; Archd. Henderson, town clerk; B.M. Wright, bank agent; J. Rose, Post-office; C.M. Guthrie, National Bank; and R.Dawson, Union Bank.  The club has been fortunate in obtaining the use of an excellent course over the meadows, extending from the mouth of the river Aray to the foot of Duniquaich.  It is a nine-hole course, measuring in all 2,190.  Play goes on daily, and three prizes have been offered for competition, two of them by the Marquis of Lorne.

Inverary- Golf Incident. -  The other day during practice on the  Inveraray course, a somewhat unusual stroke of luck fell to the hands of one of the players.  The golf ball, while being sent a long shot over a mound by Mr MacTaggart, Achadunan, struck a rabbit sitting near the mouth of its hole, and turned it over quite dead.

Golf.- A tournament was held during the past month by members of the Inveraray Golf Club, and the result was announced last week, Sheriff Shairp tying with Mr Ernest Smith for first place, and handsomely retiring in favour of the junior player, who had been allowed four points off each round.  The latter was accordingly handed a complete set of fine clubs by the secretary, Mr John Gilmour. ‘Another competition takes place during the present month for two prizes presented by the Marquis of Lorne. This club continues to flourish, and much interest is taken by the members in the daily practice. 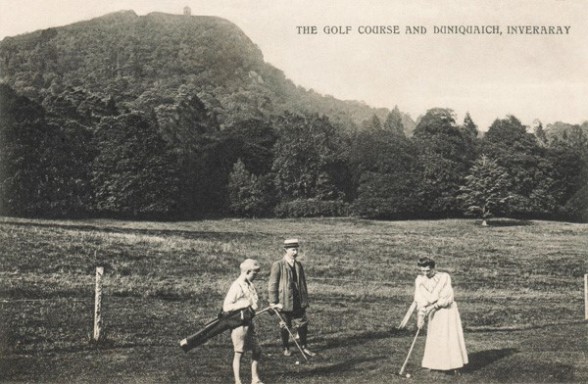 GOLF CLUB- The annual business meeting of the Inveraray Golf Club was held on Wednesday evening in the Argyll Arms Hotel-Mr Wyllie, chamberlain of Argyll, presiding.  The Secretary Mr John Gilmour, handed in his report, which showed that the season had been a highly successful one, a steadily increasing interest having been manifested in the sport.  The meeting fixed the entry money at 10s6d, and the annual subscription of members at 7s6d, of ladies and boys at 5s.  The office-bearers having been re-elected, the chairman handed the following prizes to the winners for the past season (several others having already been distributed):- The Marquis of Lorns’s prizes-(1) A silver pepper box, in the shape of a golf club, to Mr John Rose; a handsome binocular glass presented by Mr Hugh Buchanan, won by Mr. B.M.Wright.

Golf- The following is a complete list of the prizes and prize-winners on the Inveraray golf course during the past season:- The captains’ prize, Mr R.S. Munro; club prizes-Messrs Archd. Gilmour and Ernest Smith, golf clubs; the Marquis of Lorne’s prizes- (l)a silver pepper box in the shape of a golf ball, Mr Ernest Smith;(2) a silver pencil case in the shape of a golf club,Mr John Rose;binocular glass presented by Mr Hugh Buchanan, won by Mr B.M.Wright.

A game between teams representing the Inverary and Lochgilphead Golf Clubs will be played on the Inverary Golf Course on Saturday, 10th inst.

Golf Match – A golf match between teams representing Inveraray and Lochgilphead, was played on the Inverary course on Saturday last, when Lochgilphead won by 4 holes.  The following  are scores;- 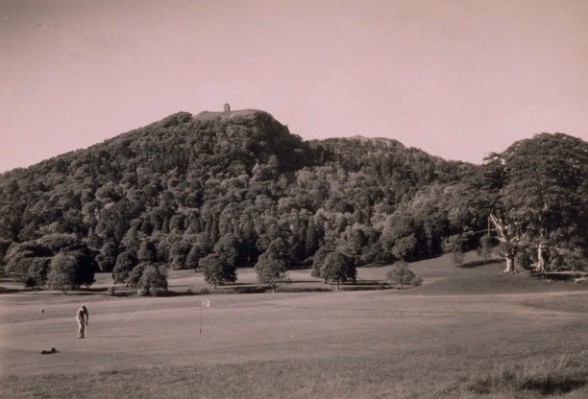 Golf – Oban v Inveraray.- On Friday last eight members of the Oban golf Club played a match with eight of the Inverary club on the ground of the latter with the following results:-

Inveraray thus won by 24 holes.  The visitors were afterwards entertained to dinner with the Inveraray players in the Argyll Arms Hotel.

Golf Club-  the annual general meeting of the Inveraray Golf Club was held in the Argyll Arms Hotel on Tuesday last- Sheriff Shairp in the chair. Mr John Gilmour, secretary and treasurer, submitted his annual statement, which showed a balance of £8 to the credit of the Club.  The monthly gold medal was presented to Mr John H. Rose, who had won it in five out of the twelve competitions. For the ensuing season it was resolved to offer two medals for competition one in handicap matches and the other in scratch.  All the office-bearers were re-elected;and, on the motion of the captain (Sheriff Shairp), a special vote of thanks was accorded to Mr Gilmour for his very efficient services to the Club. 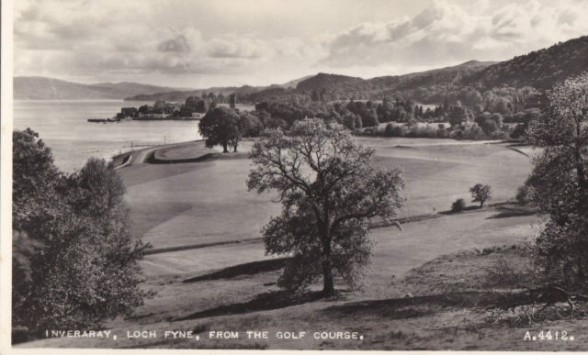 Golf Club:- The annual business meeting of the Inveraray Golf club was held in the Argyll Arms Hotel on Thursday, when the secretary and treasurer, Mr John Gilmour, gave in his report for the past year, and received a vote of thanks for his services.  The monthly competition medals were presented to the respective winners, namely, in the scratch competition, Mr Charles MacArthur; and in the handicap, Mr Gideon Scott. The following office-bearers were appointed for the year:- President, Mr William Douglas vice-president.  Mr James Wyllie;captain, Sheriff Shairp; secretary and treasurer, Mr John Gilmour.

At the annual general meeting of the Inveraray Golf club, held in the Argyll Arms Hotel on Tuesday- Mr Dickson, P.F., in the chair the financial statement for the past year was presented by the secretary, Mr John Gilmour, showing a balance of £4 in favour of the Club.  Mr Gilmour received a cordial vote of thanks for his services, and he was unanimously appointed an honorary member of the Club.  The meeting resolved that the handsome silver cup presented by Mr E.A.Lawson-Johnston be played for monthly under handicap conditions the cup to become the property of the member winning it oftenest during the season.  The Club agreed to play a match with the Dunoon Golf Club at Dunoon on Wednesday, 22nd inst.  While congratulating Sheriff Shairp on his promotion, the meeting recorded regret at the loss sustained by the Club through his removal to Ayr.

Golf:- In the weekly competition on Wednesday last for the Inveraray Club medal, the best scores were :-