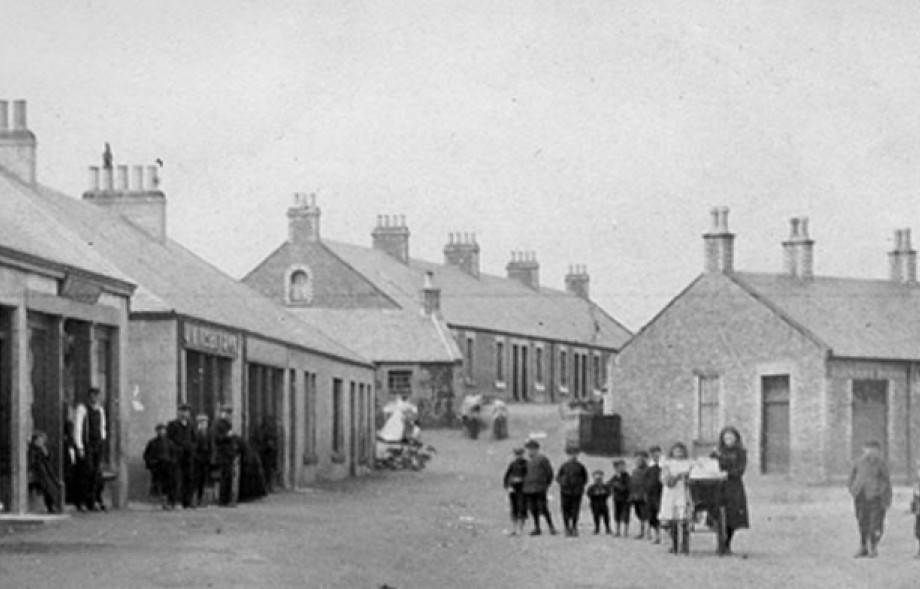 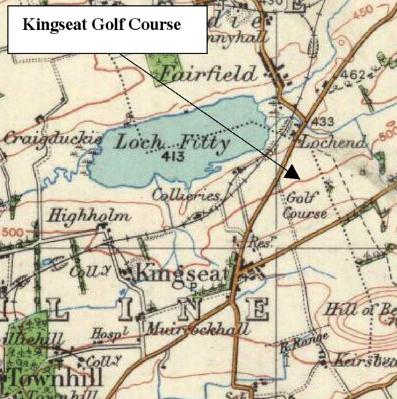 Kingseat. A 9-hole course, one mile and a half miles from Halbeath station. with a membership of 46. Visitors’ fees were 1/- a day and 7/6d a month, and Sunday play was not allowed. The text below allows us to date the clubs formation as 1921, although we have been unable as yet to find the actual article of formation or opening of the course.

The members of the local golf club, which was established during last season, and which formed a suitable nine-hole course on the Mitchell Park, by arrangement with Mr H. Mitchell, Keirsbeith Farm, held their first social and dance in the Gothenburg Hall on Saturday evening. Mr W. Smith, of the Dean Colliery presided in the unavoidable absence of his father, ( Mr Thomson Smith )

There was some regret felt at the unavoidable absence of Mr R.W. Wallace, Hallbeath, Mr Simpson, Doah colliery, and Mr Brownlie, Lassodie Colliery. An enjoyable feature of the gathering was an excellent supper purveyed in good style by the Co-operative society. Tables were tastefully laid for about fifty persons. After justice had been done to the good things provided, the chairman, in a humerous and interesting speech, extolled the game of golf, and pointed to the health benefits and to the physical development in general to be derived from the game. On behalf of the generous donors and patrons, he presented the various trophies to the members who distinguished themselves at competitions last season.

The winners were as follows :- Dean Colliery Shield, T. Allan ; Wallace Rose Bowl, A. Brownlie ; Silver Medal, A. Shirlaw. Several ladies and gentlemen contributed a number of songs in capital style to enliven the proceedings. Thereafter dancing went on merrily for a few hours. The arrangements were in the capable hands of Mr D. Young, secretary, and Mr D. Kirk, treasurer. Votes of thanks were given to the donors of the prizes and to the chairman.

Three inter club matches have been played so far, at Kingseat on Saturday the Bingry Boys recorded a big victory over the young club.