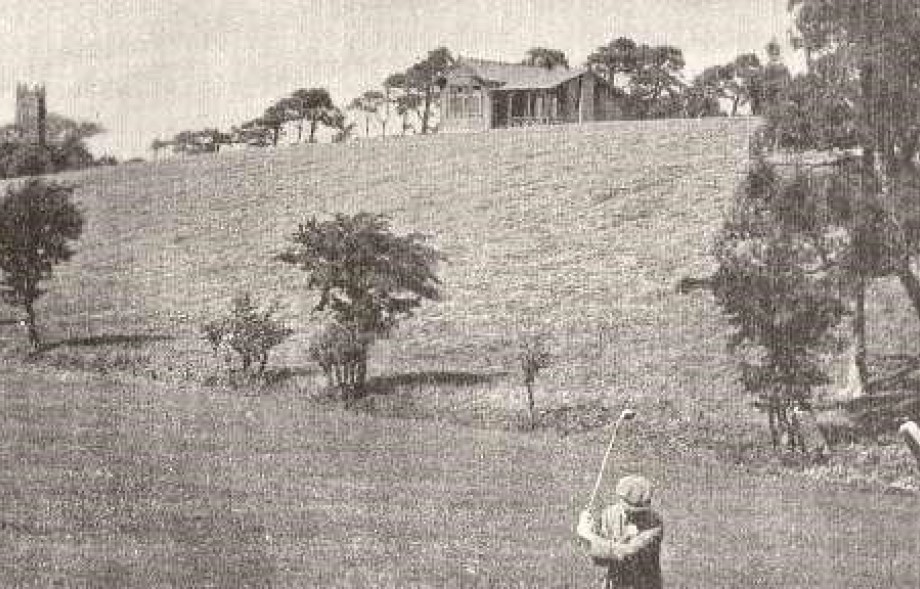 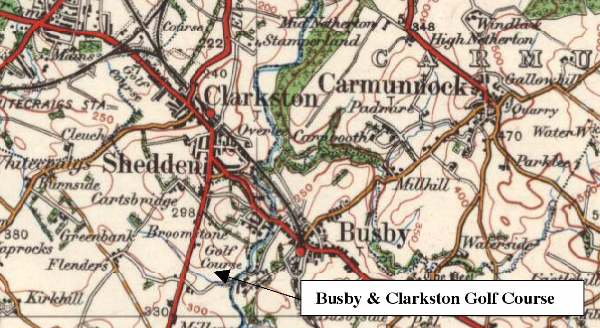 "The recently formed Busby and Clarkston Golf Club has secured very suitable ground about five minutes from Clarkston Station. Already over 120 members have been enrolled, and it is proposed to limit the membership to 150. Willie Fernie is laying out the course, and it is expected that a start will be made early in the year. The entry money is very moderate."   (GET 19.11.1897)

A limited number of Gentlemen are being admitted at the

Subscription – Further Particulars can be obtained from

"The new course near Busby will be opened tomorrow afternoon, when four prominent West of Scotland Amateurs will play an exhibition game. A good deal of work has been spent on the links, which is reported to be in playable order. The committee of the club – The Busby and Clarkston Golf Club – are to be congratulated on their exertions in providing such an interesting nine-hole course for the district. A satisfactory membership has been secured, and there is nothing to prevent the organisation becoming a thorough success. "   (GET 20.5.1898)

"The course of the recently formed Clarkston and Busby club was formally opened on Saturday afternoon by Mrs Paton, the Captains wife, who drove the first ball with a silver mounted cleek presented to her on behalf of the club by Mr James Morgan.

The course, which is situated on the lands of Castlebridge, consists of nine holes and was laid out by Willie Fernie, the Troon Professional. There are various hazards in the shape of elevations of ground, trees, dykes and hedges. 170 Genlemen, 50 Ladies, and between 40 and 60 Junior members have already been enrolled."   (GET 23.5.1898) 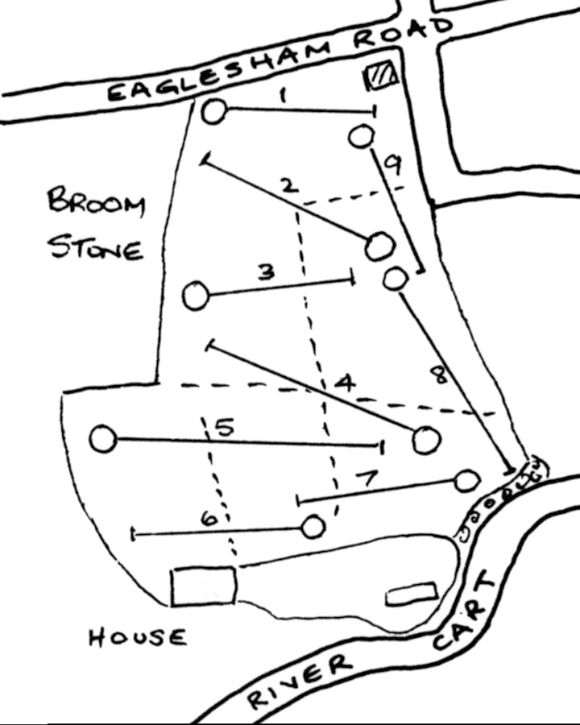 "The formal opening of the Busby and Clarkston course, last Saturday, was a pleasant function. The ceremony was performed by Mrs J.M. Paton, wife of the Captain of the club. About 300 persons were present.

Members are being rapidly enrolled, and I understand the committee intend shortly to close the list."   (GET 27.5.1898)

"The first green is close to the Eaglesham Road; thereafter the player gradually approaches the river bank, which is the eastern boundary of the course.  The longest hole is about 400 yards.  The others average about 200 yards or over."  (NGYB 1907)