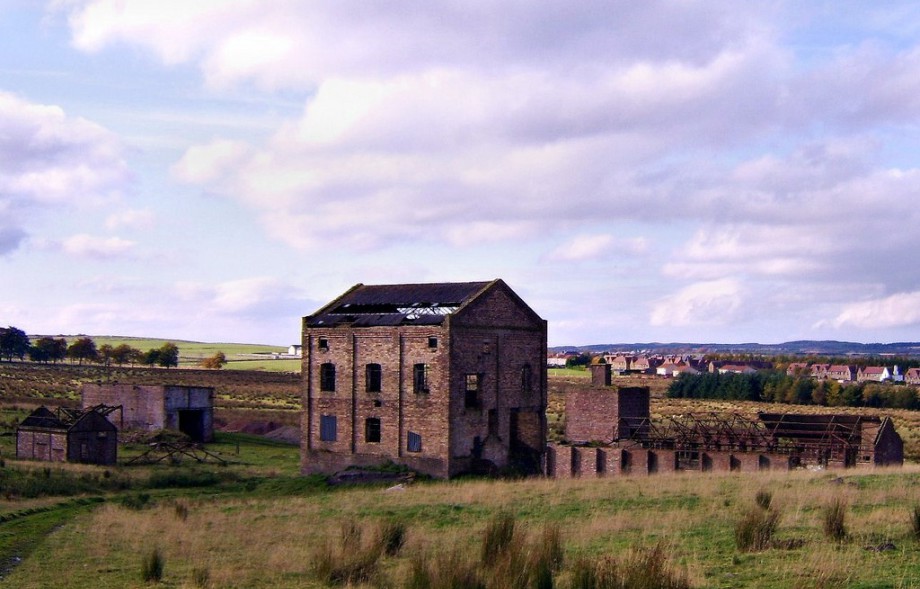 The old Woodmuir Colliery, not far from the course

“Woodmuir is now in possession of quite a good little golf course of nine holes. The field is an exceptionally large one, and permits of the holes being a good length, the longest about 500 yards. The ground is undulating and provides variety.

At present the members are competing for the presidents prize, and this will be followed by a competition for the club championship. A fair membership has been secured.

“The most successful local social function of recent years – the first social and ball for members and friends of Woodmuir Golf Club – took place in Thistle Hall, Woodmuir, on Friday last. The hall was very tastefully decorated, and with the aid of the recently improved lighting arrangements made quite a festive picture. Thirty six couples attended, and sat down to an excellent supper. The catering arrangements were in the capable hands of Mrs R.Lumsden, and she had as assistants, Mrs Stewart, Edinburgh, Mrs McKinlay , Bents, and Miss Susan Lumsden.

In the unavoidable absence of Mr William Wilson, Blackridge, Mr William McKinlay presided over the party. .In his remarks he briefly sketched the history of the club since it’s inception two years ago, and indicated that the membership was rapidly increasing. He said if the club could acquire another twenty members, the committee would most probably be able to make a substantial reduction in membership fees.

What they wanted was not a small membership and large fees, but a large membership with small fees. The musical programme was much appreciated, and the following contributed:- Mrs G. Lambie and Miss A. Murray. Messrs John Lambie (Golf Song Specially Composed ) R. Lumsden Jnr, A. White, W Logan, Walter Scott ( Recitation ) and Wm. McKinlay.  The usual votes of thanks terminated the social.

The floor was then cleared in preparation for the dancing. At this time an innovation was introduced in the form of distribution of paper hats, streamers, Hooters, Horns etc. This caused much merriment, so that from the start the dancing went with a cheery swing under the able and tactful supervision of Mr Wm. Lumsden, Captain of the club, and Mr R. Lumsden Jnr. The music was supplied by a splendid band, under the leadership of Mr Kerr, Blinkbonny. Dancing was reluctantly concluded at 4am.

Much credit is due to those who made such excellent arrangements. It is hoped to hold another function on the same lines at the end of the golfing season.” 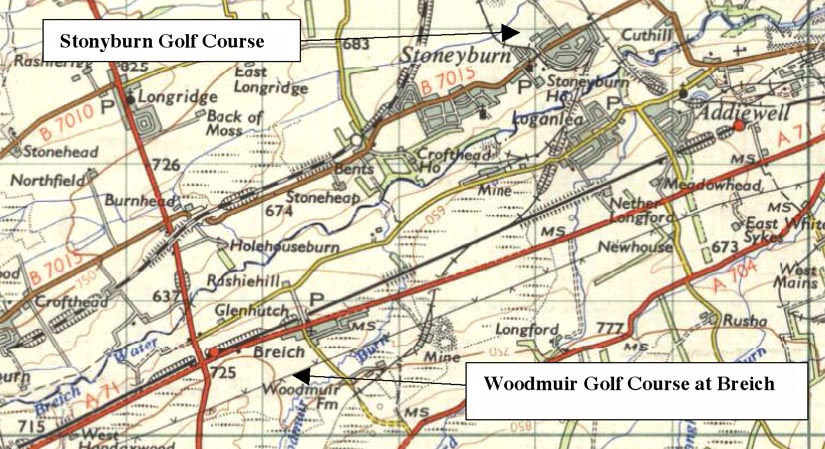