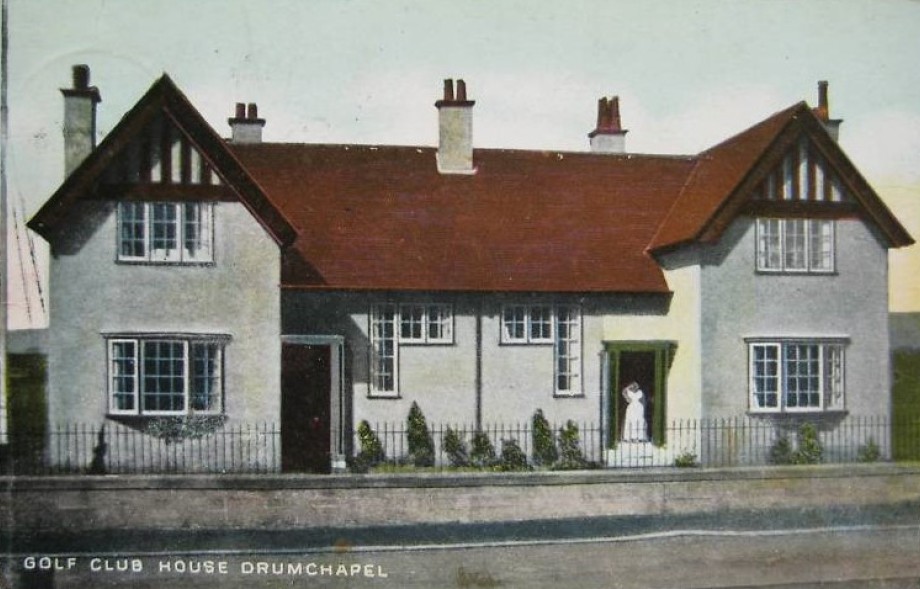 In the late 19th century two small coal mines were sunk.One between the stone villas in the present Drumchapel Gardens. It shut in 1879. The other to the west of the path from Essenside Ave to the railway. When this closed in May 1891 the owners of the Cowdenhill and Garscadden Estates encouraged builders to erect large semi-detached stone villas. The first five villas were erected overlooking Garscadden Business Park. In 1891 they cost £1,200 each. Other villas were built around Drumchapel railway station which opened on 1 May 1890. Drumchapel Lawn Tennis Club opened in August 1904 and Drumchapel Golf Course was opened in 1905. Harry Vardon played an exhibition 36 hole match on it in June 1909 against J.H.Taylor. The golf course was dug up in March 1917 to provide land for food production, and the club house was converted into two private semi-detached villas in Garscadden Road. The tennis club still exists, with floodlights and all weather courts. These two amenities were built to encourage housebuilders to the area. Plans to build houses on the hill overlooking Drumchapel Road were drawn up in 1898 but due to a downturn in housing were never built. The original Blairdardie School open in 1780 at Lock 35 on the canal. Bursting at the seams with kids it moved to Garscadden Road. I The village school opened in Garscadden Road in 1905 and was converted into flats in 2005. John Lawrence built bungalows in the 1920s and in the 1930s

The new course at Drumchapel was opened on Monday last for play on temporary greens, and has been visited by many of the members, the general opinion being that the course is in wonderfully good condition considering the short time David Adams has had it in hand. The secretary, Mr John Gibson, 55 Bath Street, has been negotiating with the railway company for cheap fares from Queen Street, Partick, and Great Western Road Stations. His efforts have been rewarded with success, and golfers tickets will be issued shortly. The secretary is still receiving numerous applications for memberships.

The official opening of the first nine holes of the newly formed Drumchapel Golf Club took place on Saturday afternoon under very favourable weather conditions and in presence of a large number of spectators. The ceremony of driving off the first ball was performed by Mr John Albert Black, of Cowdenhill, one of the Presidents of the club. At the conclusion of this ceremony, a four ball foursome was engaged in by Messrs C.B. Macfarlane and J.G. Macfarlane and Hector Macneal and H.F. Macneal for prizes presented by the club. At the end of the first round the brothers Macfarlane were 1 hole up. The Macfarlane’s continued to show steady form and won by three up and two to play. The best ball of the winners was 74 and that of their opponents 77. The details were :- Macfarlane’s 5,5,5,5,5,4,3,3,4,3,4,5,5,4,4,3,3,4 ; Macneals 5,5,4,5,4.4.4.4.5,4,4,4,5,5,4,4,3,4. Tea and refreshments were served during the afternoon in the School, and music was discoursed by the Clydebank Brass Band. The prizes were presented by Miss Black, The Anchorage. Mr John Albert Black has intimated his intention to present a silver challenge bowl for competition annually. Competitions are also being arranged for prizes to be given by the Vice President, Captain, and Vice Captain. In the ladies section competitions will also be held. 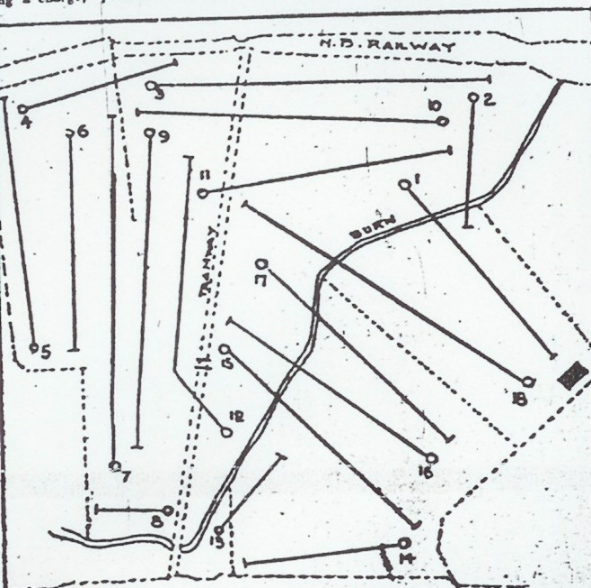