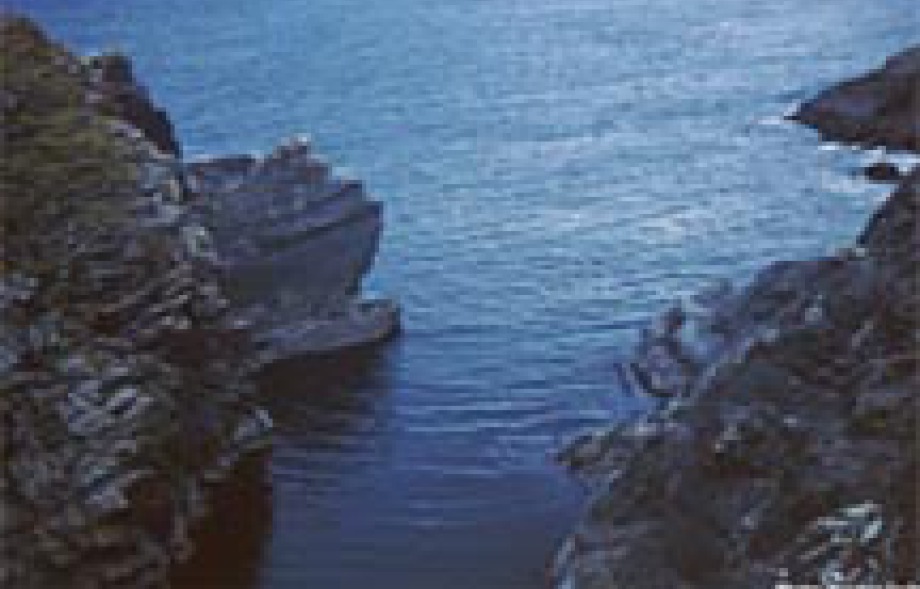 Royal Air Force Saxa Vord Golf Club. In the late 60’s some keen servicemen created their own golf course at Saxa Vord at a place called Lamba Ness (sometimes known as Inner Skaw).  Lamba Ness was the site of RAF Skaw, a WWII CH radar station. The 9 hole course was maintained by servicemen in their off-duty time but most felt it was worth the effort to enjoy really exciting golf.

The  course had its share of bunkers but they looked slightly different from the usual!

A number of the other Tees were situated at the edge of geos (ravines) and many golf balls were lost forever. Anyone going on leave was likely to be asked to bring back more balls.

The Public Services Institute kept a range of sporting equipment, including a number of sets of golf clubs, for loan and items were available at the Guardroom. This equipment PSI also had a minibus (supplied by the Nuffield Trust), which could be borrowed.

The golf course received a significant amount of attention in the press – especially after the decision to hold 24 hour golf matches at midsummer. Most people in UK don’t appreciate the Unst, being at a latitude of about 61 degrees north, is only 300 miles south of the Arctic Circle. The Shetlanders call a period around the summer solstice (midsummer) the simmer dim. It is a short period when, if the weather is reasonable, you can stay up all night, read a newspaper at midnight or, in the case of golfers, play 24 hours non-stop. It is still uncertain for how many years this event took place at Lamba Ness but there were certainky competitions at midsummer 1968, 1969 and 1970. Nor is it yet known for how long the course existed.