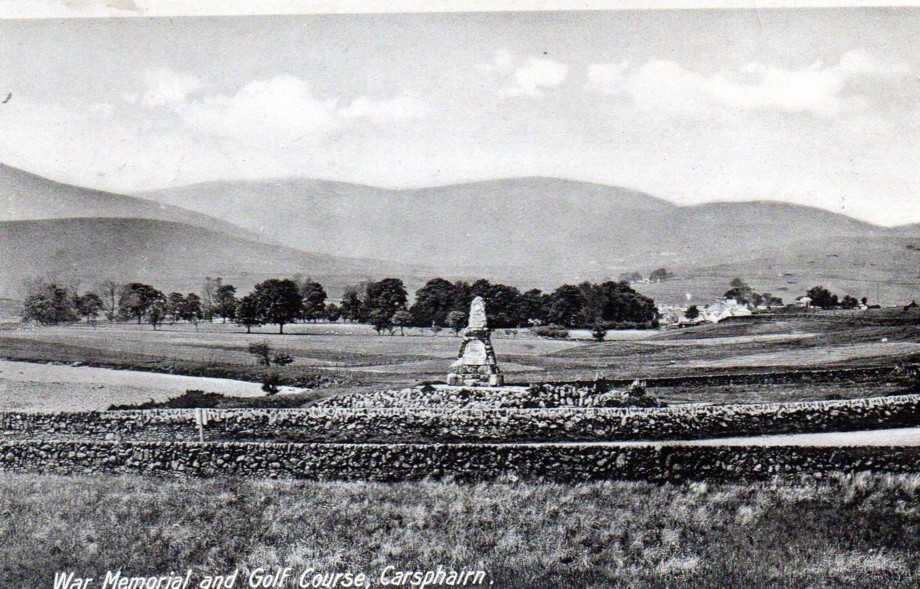 Carsphairn Golf Club.  Instituted  1914.  A 9-hole course, on the Glebe, 10 miles from Dalmellington station.  Golfers had to share it with grazing sheep, although this was a normal arrangement on small, rural courses.

Carsphairn was one of three courses in the Glenkens  area of Kirkudbrightshire. The course was situated on the low ground beside the river south of the village offering a less searching test than the terrain of the Dalry and New Galloway courses. Built just before the First World War in 1914, it closed in 1946 after the Second World War which had made it’s maintenance difficult. Unusually, it was located on the 18 acre Glebe. 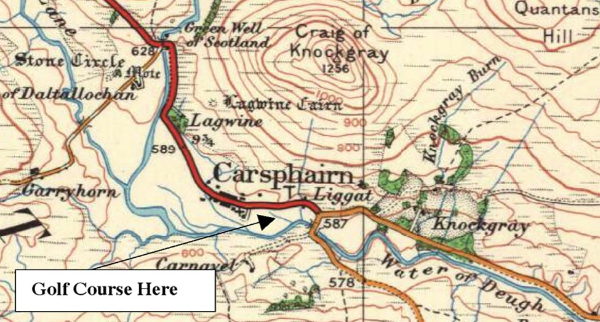 "D. Kinnell, professional of Prestwick St Nicholas club, was at Carsphairn Galloway, recently in connection with a new course which it is proposed to form there. It is Kinnell’s opinion that the ground is very suitable for golfing purposes and that the course will add to the popularity of the locality, which is much patronised by visitors." (ET 3.4 1914)

The new golf course recently laid out at Carsphairn by David Kinnell of St Nicholas, Prestwick, was formally opened on Saturday afternoon in presence of a large turnout of people. Major F.A. Cathcart, after making a few appropriate remarks, introduced the Hon. Mrs Clark Kennedy of Knockgray, who drove off the first ball from the tee.

Thereafter an exhibition game was played over the course by David Kinnell, Messrs James Robb, an ex-amateur champion, John McCosh and C.L. Randall. The partners were Robb  and Randall against Kinnell and McCosh." (S 22.6.1914) 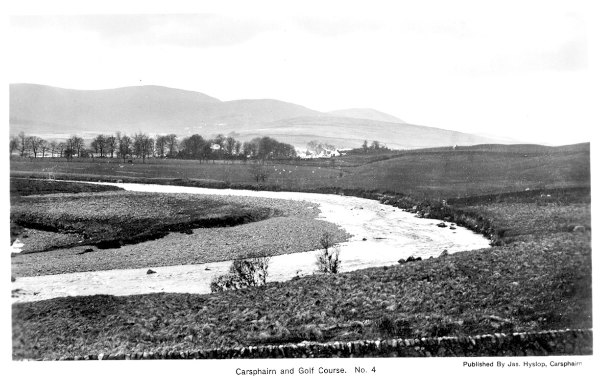 Closed in 1946 when the deterioration of the course due to war-time strictures could not be rectified.