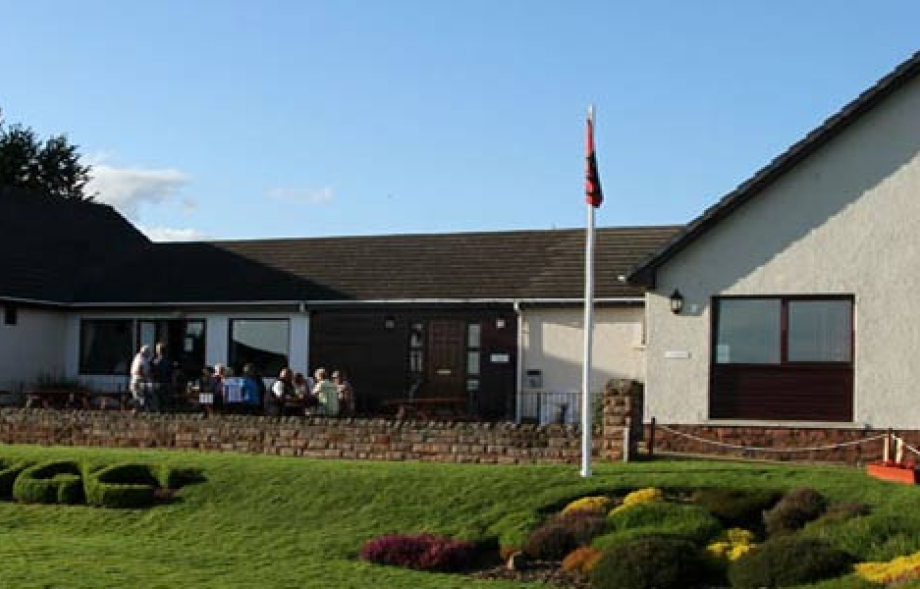 1st course laid out at Castleknowes in 1894. 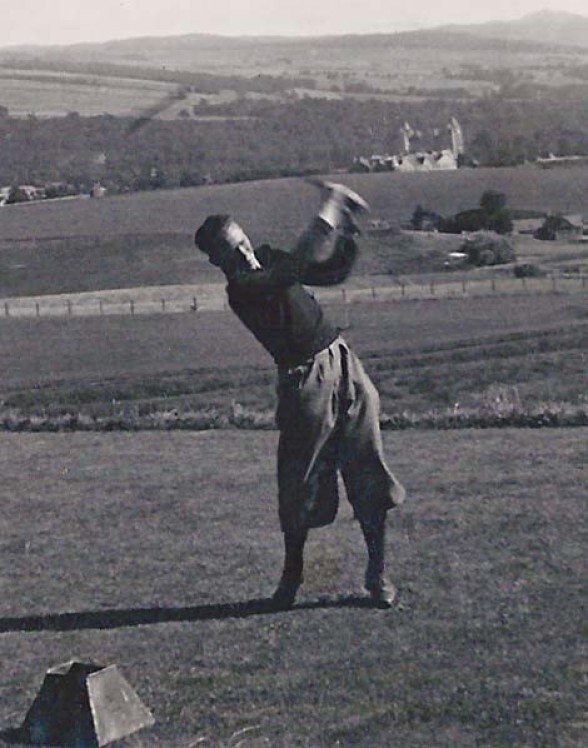 FORMATION OF A CLUB AT DUNS

On Thursday evening, a meeting of gentlemen favourable to the formation of a Golf Club in Duns was held in the Working Men’s Institute.

There was a good attendance.  The Rev. James Beale was called to the chair.  Mr T. A. Munro Somers read letters from Sheriff Dundas and other gentlemen, and expressed sympathy with the movement, and hoped that a Club would be established, and a Golf Course formed near to the town. The Chairman told of the enjoyment he had had in playing over a nine-hole course on the Castle Knowes, and thought it could be made as excellent course for the Club.  Others thought a wider and more interesting course could be formed on the slopes of Harden’s Hill.  Eventually a committee as follows was appointed to take up the matter and to report: -

FORMATION OF A CLUB AT DUNS.

A meeting was held on Wednesday evening, In the Working Men’s Institute, duns, of  persons favourable to the formation of a Golf Club in Duns.  There was a large attendance.  The Rev. James Beale was called to the chair.  Mr Munro Sommers reported, on behalf of a committee appointed at a previous meeting, that they had gone over the ground suggested, as likely to make a good course, namely the meadows to the east of Duns, extending from the football field at Hawthorn to the Tile Works beyond Castle Knowes, and they found it would be suitable for the purpose, and that the use of it could be obtained for a winter course, the period of occupancy being from 1st October to 1st May. It would make a very fair nine hole course. The tenants of the fields required, Mr Wilkinson, Bridgend, and Mr Clarke, Rulesmains – were willing to enter into arrangements whereby the club might have the use of the fields, and the landlord offered no objections. He further stated that the estimated expenses for rental, formation of course, and upkeep for the first year, was almost £20, and that it was proposed to fix the entry money and annual subscriptions for ladies and gentlemen alike as follows :- Entry Money, 2s 6d : subscription, 5s ; the committee reserving power to levy other 2s 6d per member should this be found necessary. The proposal was unanimously agreed to, on the motion of Mr Turnbull, Cumledge Mill, seconded by Mr John Gibson. Mr Morrison and Mr Turnbull, who had been appointed to survey the ground with a view ti its being laid out, also reported that it would be a very good nine hole course, and Mr Morrison submitted a plan of the ground. A vigilance committee was appointed as follows :- Mr Beale, Mr Morrison, and Mr Philip Wilson, Jun. It was unanimously resolved to invite Mr Hay of Duns Castle, to become President of the club, and Sir James Miller of Manderston to be Vice President. Mr Somers was appointed secretary, and Mr Philip Wilson Jun., Treasurer. The vigilance committee was instructed to prepare rules for the club, and to take steps to have the course laid out without delay. Over 60 names were mentioned of persons likely to become members of the club.

This course, of which the above is a sketch, was opened on Wednesday afternoon, when despite the unfavourable nature of the weather, several players turned out.  On Saturday the course was again well patronised, and several ladies were amongst the players.  It is still in an unfinished state, but it is expected in a week or so to be quite ready for good play.  Those who have been over it report it is a typical inland nine hole course.