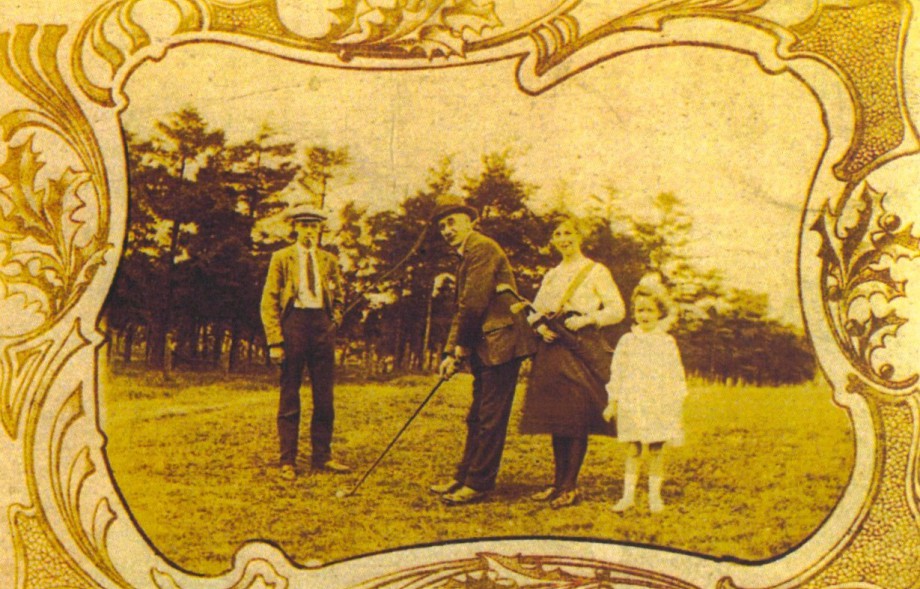 The Gilford Family playing at Tarbrax

"The Tarbrax golf club held a most enjoyable social and dance on Thurs evening of last week. The company was presided over by the general Captain of the club (Mr Sommerville) who, in a racy speech, dwelt on the prospects for this season, and mentioned that after various vicissitudes, it was now in a prosperous condition, and free from debt. The Rev Mr Young spoke with regard to the game itself, and emmunerated it's advantages as the best relaxation one can find from the cares of daily life. Thereafter a splendid programme was entered upon, which was much enjoyed, the "bill of fayre" ranging from grave to gay, from lively to serene. The usual votes of thanks to the chairman and dance followed."

"Tempus Fugit" writes ;  Sometime ago a flourishing and very promising report of Tarbrax golf club was made, but to our entire disappointment little improvement has been exhibited either in the "press" or on the "green". It has come to my knowledge that an open competition of the members has been in progress since August 1920, and though the end of the contest is not yet vis­ible, it would have been more correctly named "year long competi­tion" and the "open" part would be experienced where no shelter is available. The office bearers would be well advised to take a lesson from our Yankee brothers and "get a move on" but probably the committee has got "bunkered"."   (HA 13.11.1920)

Not a very encouraging report!