Balerno Golf Club. Instituted 1897. “For some time, golfers in the Water of Leith valley at Balerno have been on the lookout for ground which would provide them with a satisfactory eighteen hole green, Various suggestions were made but ultimately the choice fell upon ground in the estate of Deanpark, in regard to the capabilities of which Willie Park Jnr, the well-known Musselburgh professional was asked to furnish a report. Having gone carefully over the ground, his report was eminently satisfactory to those interested in the project. One cannot, of course, have everything on an inland course but if, in this instance, the charm of the seaside is wanting, there is ample scope for the enjoyable exercise of the game. Park has mapped an eighteen hole round, in length about three and a half miles, which will be laid out immediately and will, it is anticipated, be ready for play in the early Spring. In all, the area occupied by the course is slightly over one hundred acres, and a reference to the sketch will show that the most has been made of the ground, having in view the desirable need of avoiding crossing. There are natural hazards in the shape of stone dykes, fences, trees, and a burn, and as there is an abundance of sand in the neighbourhood it will be a comparatively easy matter to introduce a number of bunkers to lend variety to the play. The starting point is about a mile from Balerno station, but those promoting the movement hope that the Caledonian Railway Company may be induced to convert their existing goods station, which is much nearer, into a passenger station. Mr Blackwell Irons, WS, 22 York Place is in charge of the arrangements."   (EED 18.12.1897) 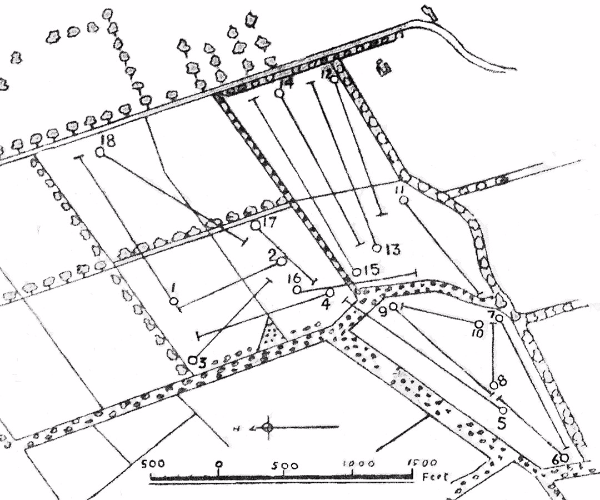 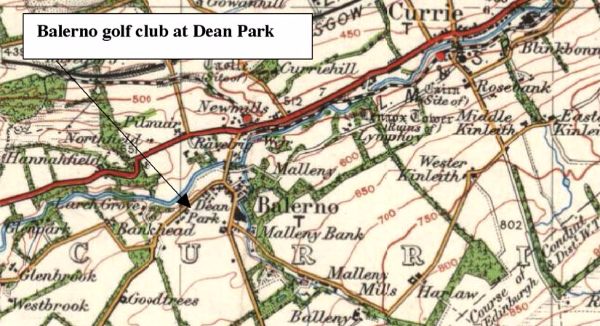 “The course, of eighteen holes, is in close proximity to the village which is reached from Edinburgh (Caledonian Railway) in half an hour.”   (GA 1898-99).