Bonnyton Moor Golf Course. Bonnyton Moor Golf Club was built around 1922 by James Stephen Lindsay, originally from Laurencekirk in Kincardine, who was a publican in Glasgow. The course was designed by Dr. Alister Mackenzie, who, over a period of several months in late 1922 until March 1923, advised on and occasionally supervised works at Bonnyton, which was officially inaugurated in June 1923 with an exhibition match played by George Duncan, Abe Mitchell, J. H. Kirkwood and multi-Major winner, Walter Hagen 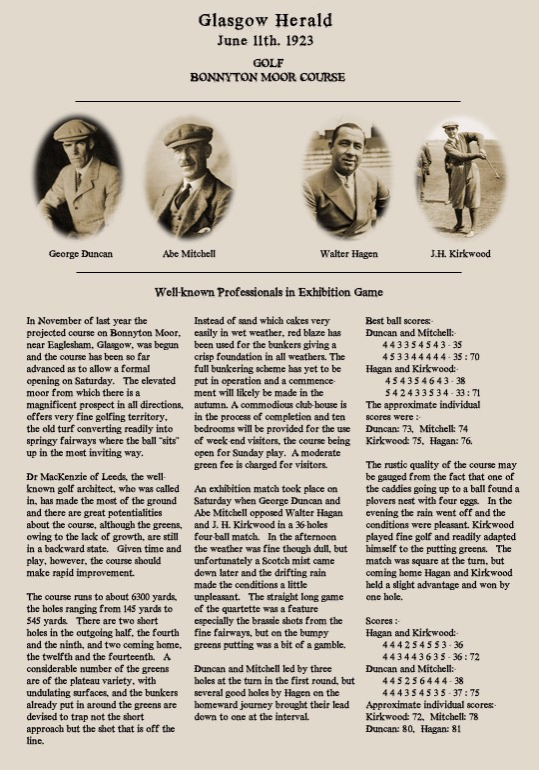 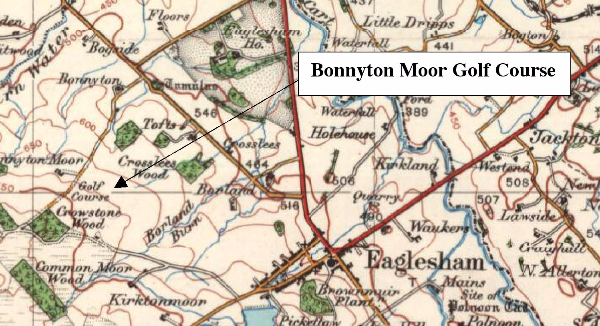 Instead of a conventional clubhouse, Lindsay built a Dormie House (literally, a sleeping house) where players could stay for a weekend or longer, rolling out of bed on to the first tee. Three rounds of golf were quite common in those days when two-and-a-half hours was the norm for 18 holes. The green fee was half-a-crown which was considered expensive at the time. The Dormie House had no mains electricity and power was provided by a generator situated where the caddycar shed is today.

In 1956 the Golfing section of the Glasgow Jewish Institute, which had been playing some of its regular medal competitions at Bonnyton Moor, purchased the course, and in 1957 reformed the club and changed its name to its present Bonnyton Golf Club.