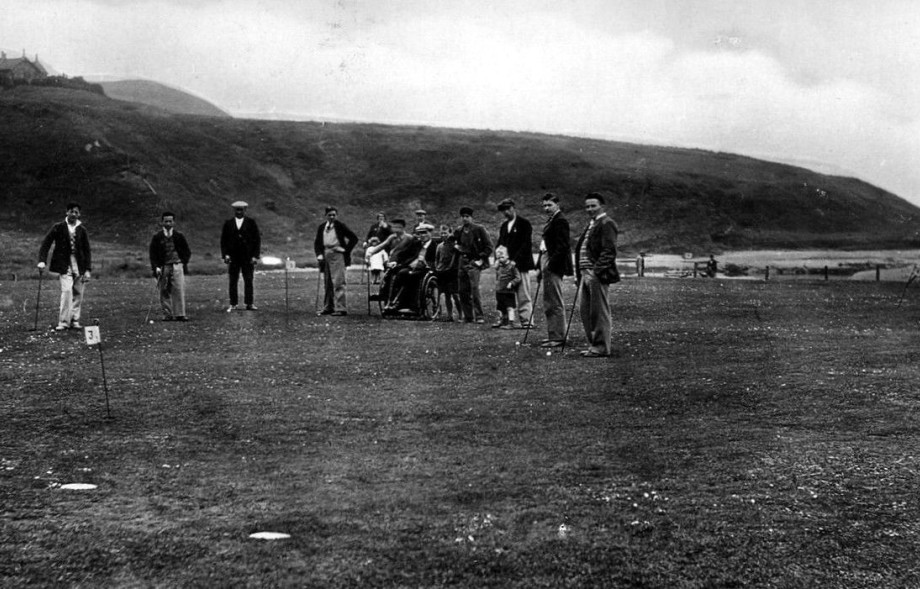 "A golf course has long been desired at Inverbervie, and the possibility of obtaining ground at Hallgreen Castle Polices has been mentioned. The present proprietors, Mrs Buchanan Gibb and Councillor Dorothy Buchanan Gibb, have now kindly offered the park at a moderate rental.

The matter was discussed at a largely attended meeting held in the Town Hall, Inverbervie, when Mr A.G. Forbes intimated the Hallgreen Castle proprietors offer.

It was pointed out that six holes could be got in the field offered, and other three holes might be made in an adjacent field. It was unanimously agreed to appoint a committee to consult a Professional as to the laying out of the course, and to see what definite arrangements could be come to. A further meeting would be called later. 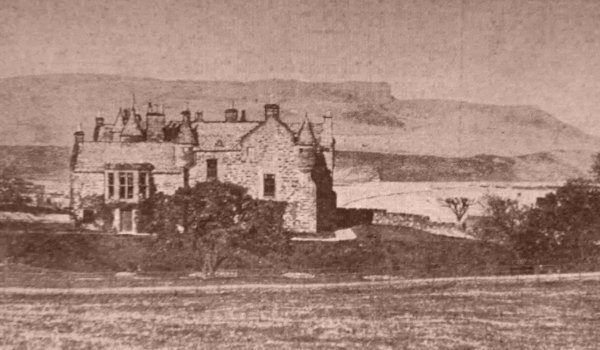 "The proposal for a new golf course for Inverbervie was heartily approved at a public meeting held in the Town Hall, Inverbervie.

Mr A.G. Forbes, who presided, stated that a professional had been consulted who had made various recommendations. It was left to the committee appointed recently to negotiate terms for the Lower Hallgreen Park and Garden Park, so that a nine hole course could be proceeded with.

Mr D.L. Burness said the inhabitants of Inverbervie had always considered the polices of Hallgreen were the ideal place for a golf course." (CA 5.5.1932)

"At a meeting in the Town Hall, Inverbervie, it was intimated that Ex-Provost Lyon had agreed to grant suitable ground at a nominal rent for the laying out of a nine hole golf course at The Old Wood, Inverbervie.

It was agreed to proceed with this scheme, and the following office bearers were appointed along with eight of a committee :- President, Dr Mulligan ; Vice President, Mr W.N. Peter ; Secretary, Mr E. Milne ; Treasurer, Mr A.G. Forbes." (APJ 19.5.1932) 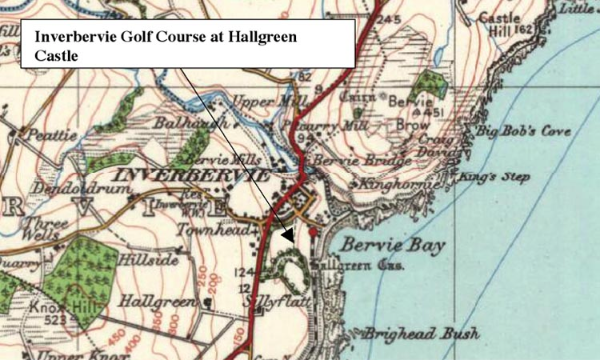 "Viscount Arbuthnott is to open a six hole hole golf course at Inverbervie this afternoon. The course is situated in the old wood, workmen having been engaged for two years in clearing the ground.

While only six holes have been completed, other three are being laid out. A club is to be formed. Dr Mulligan is President of the committee responsible for the undertaking, and he has been supported by Mr A.G. Forbes, Bank Agent, Treasuer, and Mrs Glegg, Secretary. Mr Peter Manson, Montrose, has been superintending the work.

"In a rainstorm Lord Arbuthnott, who was accompanied by Lady Arbuthnott, yesterday formally opened Inverbervie’s golf course which has been laid out near the town.

Dr Mulligan, President of the committee, introduced Lord Arbuthnott to quite a good gathering who had braved the weather.

Lord Arbuthnott, in his remarks, confessed that he did not profess to be a great golfer, although at times he enjoyed a game. It was anexcellent move on the part of Inverbervie to have a course of its own.

It was an essential thing for those who were no longer very young. It gave then an opportunity for healthy exercise, and it was also an excellent game for the young.

He congratulated Dr Mulligan, Hon. Treasurer Forbes, and Messrs Lyon, and W. Peter, who had been behind that movement and carried it to a successful issue.

Viscount Arbuthnott, using a mid iron, played off the first ball and made an excellent stroke. 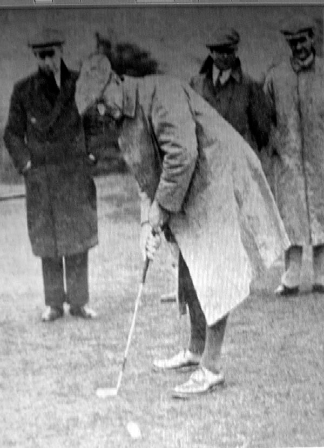 Hon. Treasurer Forbes asked the company to accord to Lord Arbuthnott their thanks for coming on such an awful day to open their course. In name of the club he had pleasure in asking Lord Arbuthnott acceptance of a putter.

Lord Arbuthnott, in returning thanks, hoped that their club would have every success. They needed a big membership to keep the club going, and he hoped that those interested in the game would become members." (APJ 16.5.1932)

The club was included in the Golfers Handbook, with no details other than the name, until 1948.