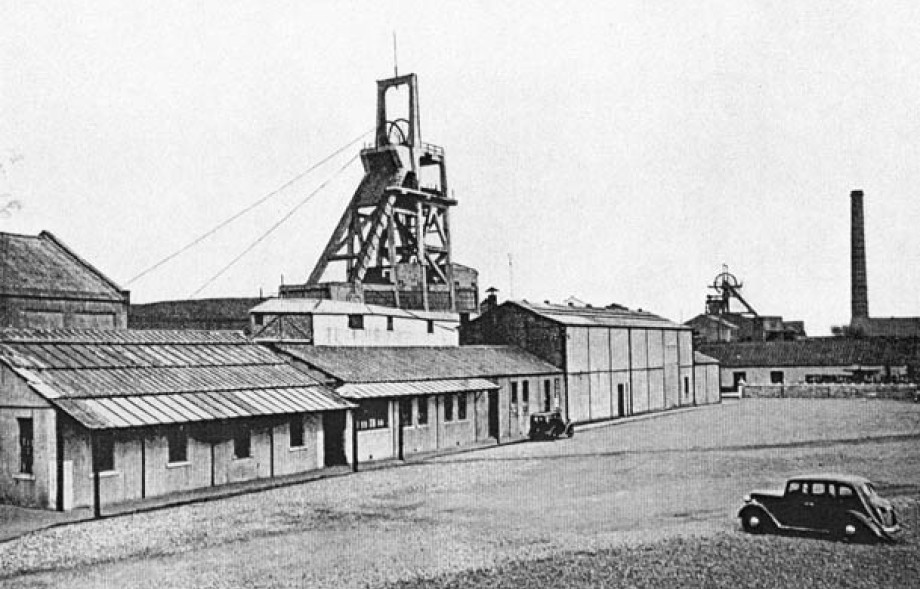 "Wednesday afternoon witnessed the formal opening of a new nine-hole golf course at Ballingry, by Lochgelly. The membership of the club is drawn from the Lochore, Crosshill, and Glencraig districts, and the prospects of the game being popularised in that neighbourhood are regarded as being particularly good. W. Binnie, of Kinghorn and Burntisland fame, who planned the course, has utilised the ground to the best possible advantage. The total distance for the round is 1 mile 92 yards. The holes are finely varied, the longest being 308 yards, and bogey has been fixed at 36. Considering the short time it has been under grass and treatment, the course looks well, and the greens are in promising order.

Thereafter a match between and selected by the Captain and Secretary was played."

“Ballingry Golf Club have been successful in securing a new course, situated on the West of Crosshill, and near their old course. The new course has a better surface, and in all respects is much better than their present one. It is very old pasture, and abounds with natural hazards and bunkers. A commencement will be made soon with the preparing of the greens, &c. Mr Binnie, Kinghorn, has been asked to lay it out.” (DP 9.9.1911)

“Ballingry golf club had a very pleasant entertainment in the Mission Hall on Thursday evening, the object being to raise funds for their new golf course in a repetition of the mock trial of a breach of promise of marriage the trial being before judge and jury. The latter was chosen from the audience.

The action was at the instance of Glady’s Gwendolene, Mrs Duck nae Cooper, widow persuer; Mr Sweeney Martin(Defendant) a bachelor and agent for the easy broke sewing machine companand was for £5000 damages. The agent for persuer was Dr Sinclair and for defendant Mr Chas. Barclay, and Mr J.K. Park acted as presiding judge, and Mr Lithgoe as court usher. The proceedings were very amusing and entertaining all through and created great outbursts of applause which was frequently checked by the presiding judge, the trial lasting over two hours and at the close the jury after an absence of a few minutes returning a verdict in favour of the pursuer, assessing the damage at £2500 payable in weekly instalments of 2s and commission. At the close Mr Park briefly thanked the audience for their loyal support to the Ballingry Golf Club and he was sure the proceedings would at least turf more than one green of the new course.

The other parties who took part in the trial were Misses Bolton, Cormack and Lawson and messrs Wm Lithgoe and A. Brown.” (CLT 27.12.1911)

The above map clearly shows one of the courses to the east of Crosshill village, however, according to the text their second course was to the West of Crosshill, which is now occupied by the present Lochore meadows golf course. Was the modern day Lochore course the location of the Ballingry second course ?, Will have to have a wee think aboot this.

“Monthly medal played for the Ballingry golf club over their course last week was won by Mr Wm Stark with a net score of 80. The runner up was Mr James Melville with a net score of 84. Over the same course a record was made in a friendly match this week between Mr John Morris, Glencraig, and Mr Bell, Edinburgh. Mr Morris having the remarkably fine score of 53 for nine holes.” (DP 1.6.1912)

“A friendly match between Bishopshire club and Ballingry was played over the course of the latter on Satuday. A splendid game under ideal weather conditions resulted in a win for Ballingry by 7 holes to 4. The visitors were entertained to tea after the match.” (DP 20.7.1912)

“A west of fife league match between Ballingry and Auchterderran was played on Wednesday last week over the course of the former, with a very favourable result for the home team by 21 holes to 3.

The company were thereafter entertained to tea in the Lochore Gothenburg Hall, Captain W.C. Davidson in the chair. After an excellent tea, purveyed by Mr Gray, the manager, Mr Davidson, proposed the health of the visitors. He hoped they would have better luck next time they turned out to play. The game had really been a most enjoyable one. Mr Arnott replied. He thanked Ballingry for their courtesy, hospitality and splendid game.” (DP 24.8.1912)

“The annual general meeting of this club was held in Glencraig institution hall on Wednesday evening, Mr Park, President, in the chair. The treasurer’s report which was read, did not show a big balance, but considering the formation of the new course etc, it was regarded as very satisfactory.” (DP 9.9.1912)

“The May monthly medal competition was played off last week. The leading scores were :- A. Downie 91 less 12 – 79 ; L. Fenton 84 less 4 – 80 ; J. Morris 82 ( scr ) ; J. Grant 94 less 8 – 86. This entitles the winner to a badge gifted to the club by Mr Thos. Lynas, and also to compete in an autumn competition for custody of the Telfer Cup, the premier trophy of the club. This club is still keeping up its membership. It is pleasing to note that the number of lady members is increasing. Individual league competitions have been started by ladies and gentlemen” (DP 7.6.1913)

“A mixed foursome game between teams representing the  Ballingry and Auchterderran clubs was played over the Ballingry course last week, under ideal weather conditions, and resulted in a draw 3 ½  each.” (DP 23.5.1914)

“Over the Ballingry course on Saturday, a three ball match was played by Messrs W. Andrews, W.M. Bald and John Morris. The last named player accomplished the round in the remarkable score of 72 – 37 out and 35 in. This constitutes a record for the new course.” (DP 30.5.1914)

“The half yearly meeting of the Ballingry Club was held in the Pavilion – the President, Mr Park, occupying the chair.  The financial statement was submitted and approved, the secretary intimating that the membership fees paid this year were practically the highest on record, the game having received in impetus through the special efforts of the green committee.  It was agreed that for this year only, members joining the club for the first time would be admitted after the first of July at half rates. It was also resolved that the club provide two prizes in connection with the competition for the yearly custody of the Lochore Institute Medal.  The final in the Presidents Competition, (prizes for which are donated by Mr J K Park) was played off on Wednesday, the finalists being Messrs W M Stark and James C Baul, the former conceding eight strokes.  The match was all square at the ninth hole, and an interesting game resulted in favour of Mr Stark by two up and one to play.” (DP 18.7.1914)

“The final in this competition was played under very favourable conditions on Saturday over Ballingry course.  The finalists were Lennox Fenton and John Morris, The latter conceding 6 strokes.  Great interest was taken in the match. A level game resulted in Morris winning by 1 hole.  Both players are exceedingly popular in the club and this match evoked much interest.” (DP 12.9.1914)

“On Saturday afternoon a party of Leven golfers visited the Ballingry course and played a friendly match with a local team and which resulted in a defeat of the visitors by 5 matches to 4. tea was purveyed for the company in the Lochore Gothenburg, when Mr J.H. Park presided, and extended a welcome to the Leven players. Mr Wm. Bauld (Late of Glencraig) replied.” (DP 7.8.1915)

“The annual general meeting was held in the Glencraig Institute on Thursday evening last week, when Mr W.C. Davidson presided over a moderate turnout of members.

“A 15 men a-side match between Ballingry and Cowdenbeath was played at the Ballingry course and resulted in a win for Ballingry by 13 holes to 2.” (DP 20.5.1922)

“There was a large turnout of members and others interested in the official opening of the Ballingry course last week. Foursomes competitions were won by Mrs Wilson and J. Ferguson and Miss Scotland and W. Herd. J. Watson won the mens competition. The following were appointed members of committee:- Mrs Jackson, Mrs Marshall, Miss Pryde, and Miss Scotland.” (DP 1.5.1937)

The club did not survive WW2.