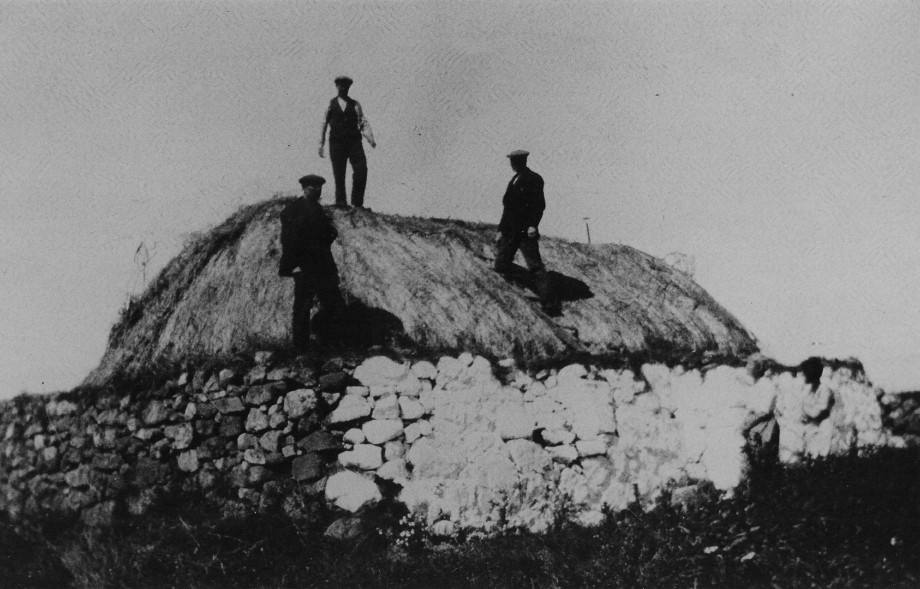 The following letter has been sent by Lord Archibald Campbell to the Standard :-

Tiree As A Health Resort

Sir, - In this day’s Standard is a letter on the island of Tiree. Much remains to be added, however, and with your leave I propose to make a few remarks apropos of this most beautiful island – the earthly paradise of the golfer and to the bather. The very great dangers of the landing surely must be taken in hand by the Scotch Office and a proper grant be made – say of twelve thousand pounds – for a proper pier, from which and on which passengers and horses and cattle of all sorts could be safely landed at all times.

While I was on the island, and just before embarkation, a horse and man went over the rocks into the sea. There they struggled for their lives, and to all who witnessed the scene, it was a miracle how the man escaped being drowned or struck on the head by the struggling animal. Passengers and animals have to scramble down rocks of the most rugged character, and to women with children in their arms this passage over the rocks is one of extreme danger. The site of the pier has long been settled, and the natives are not likely to dispute as to this matter. With a population of upwards of three thousand, with the grandest bays in Great Britain, with sands shoaling very gradually and of the firmest quality, with an utter absence of dangerous currents, with golf links of the very finest quality, it is safe to predict that Tiree will ere long be acknowledged queen of Western watering places.

As to the details of the golf links, the finest are at Barrapol, eight miles from Scarinish Bay. There a five-mile course awaits the golfer. There are shallow valleys of wonderful turf, there are deep and deadly bunkers – and all that go to make “ Sporting Links.” You gaze on an apparent upland and reckon to find the ball lying snugly somewhere within view, when all of a sudden you find yourself on the brink of a sandy precipice – at the bottom of the bunker the ball awaiting you – six shots often failing to place you on the turf. In fact, the course is full of surprises and unsurpassable “ Approaches,” etc. For width it is undoubtedly the widest in Scotland.

Mr Brown, the obliging host of the Scarnish Hotel, will drive people over to Barrapol, and on the return of the golf or bathing pilgrims will entertain them well with excellent viands such as mutton and very sweet chickens, for which dishes the isle has long been famed. Nothing could exceed the courtesy of the Captains and crews of the steamers plying to Tiree. The food is also good on these vessels, - I am , etc, 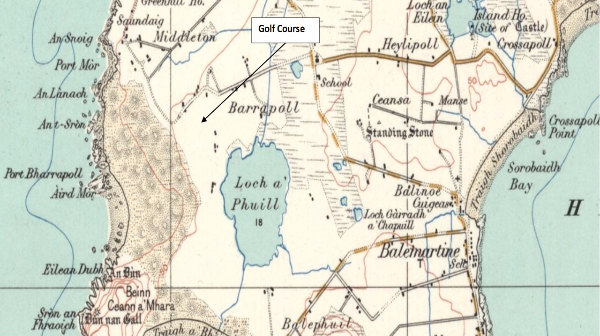