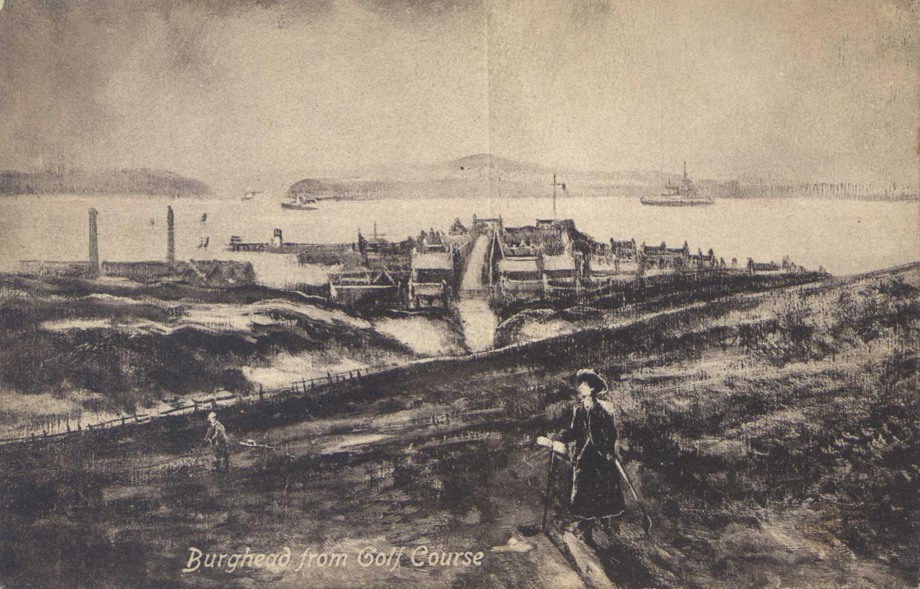 Burghead. “The ancient national game of golf has lately become very popular at Burghead, and is largely patronised by gentlemen from Elgin.”   (IC 12.3.1863)

The most likely location would be on The Links.

Burghead & Duffus Golf Club.  Founded 1896.  A 9-hole course, between the Elginand Forres roads, a quarter of a mile from the station,  Although it does not appear on any maps, it is believed that this course was on The Links, immediately to the south of the station. This course proved unsuitable for golf andin 1898 the club approached Mr Mackessack, and were successful in getting a site on the Clarkley Hill on a 5 year lease.

“A beautiful silver bowl has been presented for competition among the members of the Burghead and Duffus golf club by Mr H.W. Young, of Burghead, one of the patrons of the club. The bowl is of Chaste design, inlaid with gold, and is mounted on an imitation black marble stand. It bears the inscription - “ Presented by Hugh W. Young, of Burghead, to the Burghead golf club.”

The conditions of competition are that the member who wins it three times, not necessarily in succession, retains it as his own property. A keen contest will likely arise for the handsome present, and Mr Young deserves the best thanks of the club for his generosity.”   (AJ 30.5.1896)

“The first competition of the Burghead and Duffus golf club took place on the course there on Saturday. A very fair representation of members turned out. During an interval of play in the afternoon, tea, was served on the field by lady friends, convened by Mrs Hendry. After play, all the members and friends adjourned to the U.P. Hall, where the president, Mr Bremner, gave a short account of the working of the clubsince its commencement, after which the prizes were distributed to the respective winners by Mrs Jenkins. Provost Jenkins, in replying to a vote of thanks to his wife, thanked the committee for honouring Mrs Jenkins by asking her to hand over the prizes. He was pleased to learn that the club was in a flourishing condition, and hoped they would continue to prosper. 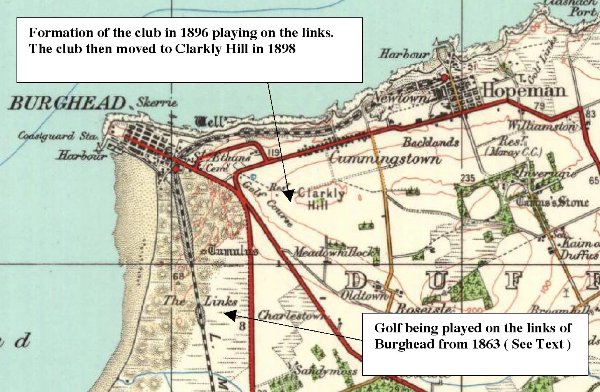 “The new golf course was opened this week by a match between teams selected by the Captain and the Vice Captain, and resulted in the latter being the winner by four holes. The ladies at the close treated those present to a handsome tea. The new course is on the Clarkley Hill, on the North side of the Elgin road, and about ten minutes walk from the railway station.” 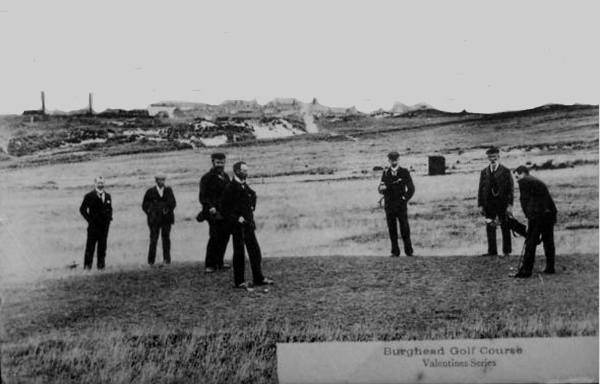 “A thoroughly sporting course, 1800 yards in length.  From the Hill Hole a view of seven counties can be had.  There is a small clubhouse."   (NGYB1907) 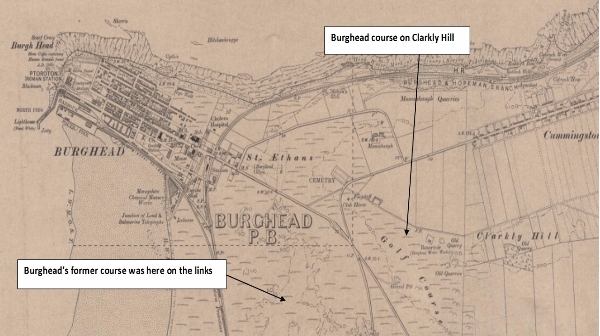