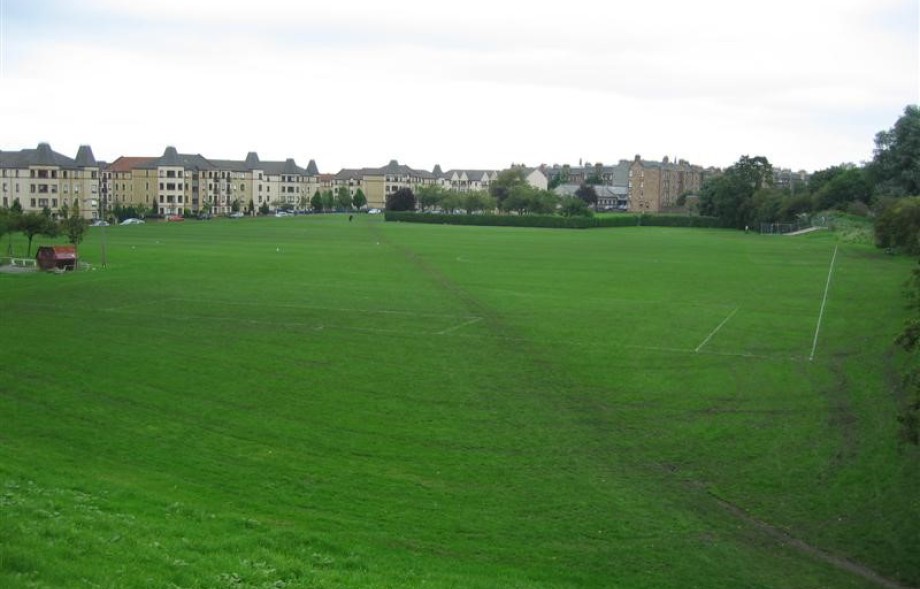 “Harrison Park Golf Club obtained from the city the privilege of playing in the Harrison Park in the morning up to nine o'clock, and the facilities afforded by the club are also largely taken advantage of by non-members.  Harrison Park is situated at North Merchiston, adjoining Merchiston Station of the Caledonian Railway and the Colinton Road and North Merchiston tramway lines.  The park is not golfing ground in the sense of the term, yet, looking to the fact that it is a public one, limited in area and unprotected, the greens are tolerable.  There are no hazards in the true sense, but bounded as it is on four sides by the canal, an embankment studded with trees, a railway sleeper fence, and a high wall, players, especially the uninitiated, often find in these sufficient difficulties to trouble them.  There are five holes (averaging 150 yards apart), two rounds being played in competitions.  Essentially a morning club, the Harrison clubmen have become noted for early rising.  They play regularly in the park at 6 am., that being the hour when competitions commence there. “   (GGA 1898)

The club is still in existence and plays on the Braid Hills course.